Gerald Medel, owner of Lakeside Coins in El Cajon, part of San Diego County, California, recently made the most exciting coin discovery of his 17 years in the business: a major new modern U.S. gold error coin – the stuff that numismatists’ dreams are made of, the first such discovery in over 20 years and one that will likely pay for his children’s college education.

His store buys and sells bullion and numismatic coins. Though much of his business is naturally in U.S. coins, he also has a lot of customers who are interested in world bullion coins from the Royal Canadian Mint, the South African Mint, and other world mints. 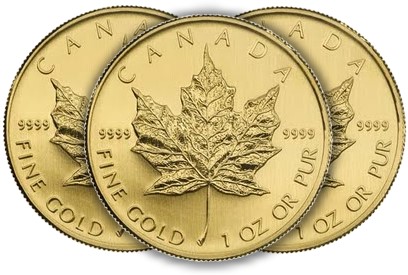 The feverish demand that exists today for gold bullion coins and one client’s view that the 2021 Type 2 Reverse American Gold Eagle bullion coins could be a sleeper due to possible low mintages led that client to request as many of those coins as Medel could obtain.

Doing that led Medel to have more of these coins on hand than he normally would. While looking through rolls of the $10 quarter-ounce version he made the amazing discovery. As he said, “as the light hit one of the coins, my eye immediately noticed a “W” (West Point) mint mark” on the piece. Bullion coins do not carry mint marks although they are currently struck at the West Point Mint. That same day in late September he found two more of these Gold Eagle errors with W mint marks in the same roll, and after he eventually went through thousands of other coins, he found a total of 61 such pieces: 21 individual coins plus an entire, intact roll of 40 error coins! PCGS has labeled coins from that roll as “Discovery Roll” coins.

He then reached out to Ian Russell, President of GreatCollections.com, whom he has known since the period when Ian worked for Teletrade and whom he values for his advice and expertise on coins. Medel also set about doing all the research he could on the topic, which centered on the 1999 $5 and $10 Gold Eagles made with unfinished Proof dies, which are significant modern gold rarities, especially in high grades.

After that he had Ian submit some of the coins for grading to PCGS, which said his coins were also from unfinished Proof dies like the 1999 coins. There are currently 10 of them listed on GreatCollections’ auction site with five ending this Sunday, October 31 (with the highest bid at $2,600 as of October 27) and the other five ending on November 7 (with the highest bid at $1,651 of the same day).

He added that he does not plan to sell all 61 coins and is holding on to some for his children.

Rarer than the 1999 Error Coins

Medel feels that the coins–which as of today number 63 since following the announcement by GreatCollections someone else has found two more–are likely to be substantially rare, perhaps as much as 300% rarer, than either 1999 error coin depending on how many are eventually discovered and whether the Mint will seek to prevent further examples from leaving its facilities as word of the new error spreads. I asked Medel about the finish on the coins and whether it was bullion, Proof, or Burnished (i.e., satin). He responded that it is “definitely a bullion finish” and that he noticed die state differences between them, with some examples having shaper details than others. This applies to both sides of the coin since he noticed the sun rays on the obverse of some examples were thinner and rounder than others.

He said he has consulted with various experts, including error coin experts, who told him that an MS70 example could be worth $10,000 at a minimum, while they estimated an MS69 to be worth between $2,500 and $3,000.

These numbers for both services may be higher than the actual number of coins submitted since people often resubmit the same coins hoping to get a higher grade.

The fact that bullion coins are not given special handling when made and are packaged in rolls helps explain the low incidence of 70s and their high market value.

Back when the 1999 coins were discovered in early 2000, coin dealer Fred Weinberg determined that many of the $5 and $10 error coins from that year ended up in Asia with gold jewelry fabricators, which helps explain why those coins are so rare. Also, when Weinberg examined 1,500 $10 1999 Gold Eagles, he only found 21 with unfinished dies.

The Mint subsequently released information indicating that, based on die life, they believed that 6,000 of each of the $5 and $10 1999 unfinished Proof coins were produced.

Both 1999 coins are included in the 2012 book, Top 50 Most Popular Modern Coins (Krause), by John Maben and Eric Jordan, which helped popularize those issues.

Prices for those pieces have softened in recent years, likely as more coins were discovered, and more of them may still be out there waiting to be found in safe deposits and collections.

At the moment it is difficult to estimate the value of the 2021 errors since the number of such coins is likely to change if more are discovered, which seems likely. But the 1999 coin provides at least some basis for comparison.

Medel believes the new pieces will prove to be in higher demand than the 1999 coins as a result of the very strong coin market that exists today and because a market has already been established over the past 20 years for the 1999 coins, which means collectors who own those very rare coins are likely to want these new ones, too.

Russell noted recently that it appears a W mint mark Proof die was used to make these non-Proof bullion coins, which spurred me to discuss with Medel how this might have happened. As with the 1999 coins, no one knows precisely how these errors were made–at least as of now with respect to the newly discovered coins–and we may well never know.

We both recalled how the 1999 coins are believed to have been produced as a result of the feverish demand for gold bullion because of the Y2K (“Year 2000”) computer issue, which apparently led to more lax quality control at the time. Experts believe that those coins were struck from Proof dies that did not receive the final chromium plating Proof dies are normally given, which is what gives them a cameo appearance.

Medel said that in this case, he did not think the United States Mint had an urgency to get the coins out and that it was simply human error.

I mentioned that the Mint has been working under high pressure in recent months because of the pandemic’s impact on production at the Mint, as detailed in this column several times recently, as well as intense demand – especially for its bullion coins. It also faced a planchet shortage this year while trying to roll out so many new products in a compressed time–including new reverse type Silver Eagles and Gold Eagles with bullion, Proof and special finishes like the Reverse Proof silver coins, among others–and speculated that perhaps the changeover in reverse designs might have contributed to the making of these error pieces – a possible explanation with which Medel agreed.

This is clearly an extremely interesting and exciting discovery for the hobby and one that shows that, despite all the improvements in coin minting technology over the years, it is still possible to find an important and valuable error coin if you look at your coins closely.