Born Gaius Octavius, Augustus was the founder of the Roman Empire and its first emperor, ruling from 27 BCE until his death in 14 CE. Julius Caesar, his maternal great-uncle, adopted Octavius in his will and made him his heir. Together with Mark Anthony and Marcus Lepidus, Augustus formed the Second Triumvirate to defeat Caesar’s assassins. This fueled competing ambitions within the group that resulted in a new civil war that concluded with Augustus’ victory in the Battle of Actium in 31 BCE.

Augustus was careful to restore the appearance of a Republic but he retained autocratic power as a military dictator, holding powers granted him for life by the Senate. Rejecting monarchical titles, Augustus called himself Princeps Civitatis (“First Among the Citizens”). This new form of government became known as the Principate, the first phase of the Roman Empire.

The reign of Augustus began the famed Pax Romana (“Roman Peace”), a period of stability and relatively good fortunes for the Empire, which lasted for more than two centuries. He enlarged the territory of the Roman Empire, secured for it a buffer region of client states, and made peace with the Parthian Empire in Persia.

Augustus reformed the Roman tax system, built an imperial road network and courier system, established a standing army, created the elite Praetorian Guard to serve as the personal bodyguards of the emperor, and rebuilt much of Rome.

Timeline of Important Events during the life of Augustus 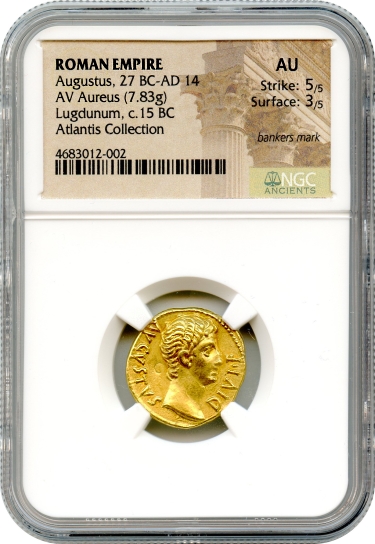