Titus Flavius Caesar Domitianus Augustus was emperor of Rome from 81 to 96 CE, the last of the Flavian dynasty. His reign spanned 15 years–longer than any man who had ruled Rome since Tiberius.

Domitian revalued Roman coinage, expanded border defenses, and initiated a massive building program to restore Rome to its former glory. He was popular with the people and the army but was considered a tyrant by members of the Roman Senate.

According to Suetonius, he was the first Roman emperor to be addressed as Dominus et Deus (“Lord and God”). Domitian was assassinated by court officials in 96 CE and was succeeded by his adviser Nerva. The memory of Domitian as Emperor was condemned to oblivion by the Roman Senate.

Once he became emperor, Domitian set about restoring the Roman Empire to the splendor of the Augustan Age. The city of Rome had suffered devastating fires in 64 CE and again in 80. It had also suffered a long decline following the Civil Wars that broke out in the Year of Four Emperors (68-69 CE).

In an attempt to rectify these problems, He set upon an ambitious building campaign, sponsored cultural events, and regulated public morals. He also rigidly enforced taxation, tolerated no corruption from public officials, and revalued the denarius, increasing its purity from 90% to 98% silver.

In military matters, Domitian campaigned in Germany, Britain, and along the Danube frontier. He campaigned with purpose, his measures practical and efficient. In all these areas Domitian exercised absolute political power. He dispensed with any pretense that the Senate had authority over him. From a purely pragmatic perspective, this was probably a short-sighted decision, as it ultimately cost him his life and brought an end to the Flavian dynasty.

As part of his attempt to regulate public morality, he adhered to a traditional view of Roman religion and insisted that religious customs were strictly observed.

Timeline of Important Events During the Reign of Domitian

81 – Death of Emperor Titus, possibly at the hands of Domitian. Domitian ascends to the throne.
83 – Campaigns in Germania.
89 – Campaigns against the Germanic Chatti.
93 – 96 – Domitian’s “Reign of Terror” commences.
96 – Domitian is assassinated. 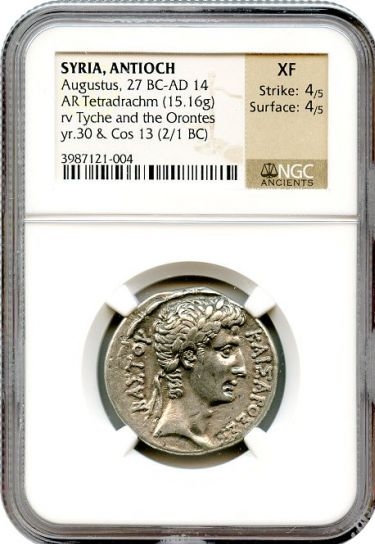