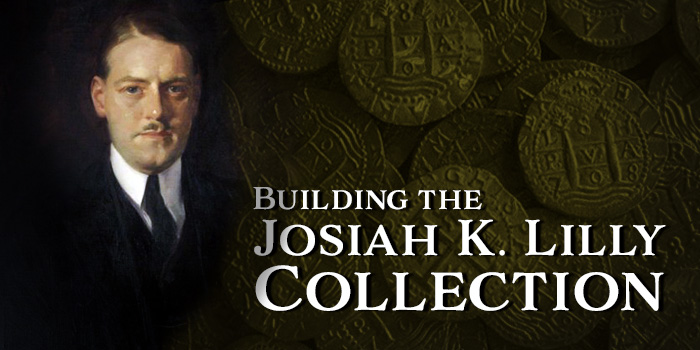 CoinWeek continues to post Harvey Stack’s wonderful series of blogs on not only the building of one of the all-time greatest coin collections but also how the relationship between Josiah K. Lilly and the Stack family grew over time. This week’s entry is the final part in the series, available on the Stacksbowers.com blog. If you’re new to the series, you can start here, at Part 1. Or if you just need to catch up, here’s a link to the most recent issue, Part 17

The National Numismatic Collection was greatly enhanced by the addition of the J.K. Lilly gold coin collection when the Smithsonian received it, making it the finest and most complete ever assembled in the world. How beneficial that this incredible cabinet resides in our national capital, available for all to see and enjoy,

When first exhibited in 1968 in a larger hall than the collection had previously been in, the Josiah K. Lilly Collection was the highlight. It was a wonder to look at — to see how many different gold coins a collector could assemble.

In the United States and abroad, there had never been such an array of gold coins of the world, as those featured in the J.K. Lilly Gold Coin Collection. Scholars and collectors, historians and government high official made it a point to visit the exhibit and marvel at its contents. The Lilly Gold Coin Collection was further enhanced by many thousands of silver, copper, and gold coins of the United States and the rest of the world, from ancient times until the present. This magnificent accumulation of money of the world showed the wealth that each country had and the coinage styles and designs each used. It was a superb display of coins and documents that illustrated the world’s financial development through the ages. The J.K. Lilly Collection provided many of the highlights of the exhibit, including ancient coins and world coins from a small 1/4 ducat to the largest gold coins of the emperors of Poland and Transylvania. It also brought to the Smithsonian a virtually complete set of United States gold coins, and extensive collections of pioneer, territorial, and pattern coins. It was a great accomplishment for Josiah K. Lilly to assemble his world-class gold coin collection, and the Stack family was pleased to have assisted him in this endeavor. For me, and of course my family, it was an honor and privilege to have been so closely connected with the formation of the Lilly Collection and its special place in numismatics.

I urge you to go to see this outstanding exhibit when you are in Washington D.C. and set enough time aside to appreciate how this display adds to the understanding of the history of money through the ages.