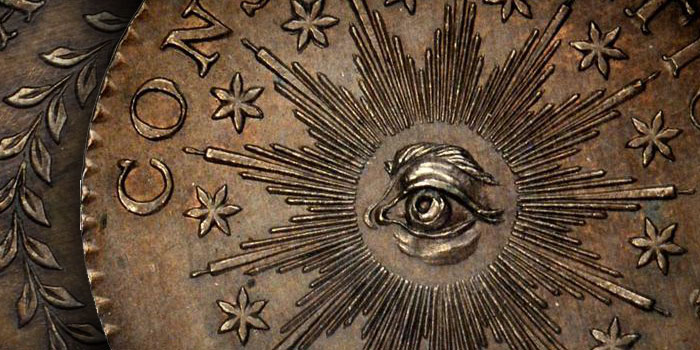 By Blanchard & Company ……
In 1783 the monetary system in the United States was something of a mess.

There was inconsistency among the coinage used throughout the 13 states governed by the Articles of Confederation. Some people used coins from other countries and others used money that was unique to their region. The value of goods fluctuated from state to state and the accepted currency also differed. As a result, transactions were burdensome. Customers had to exchange currencies frequently, and this step generated additional fees. In time the Continental Congress chose to mint a single currency.

The first step in this project was to assess the different currencies in use and attempt to reconcile their values. The purpose of this initial phase was to devise a currency that could be easily adopted by each state. After evaluating the scope of money in circulation, officials decided to use a system based on 1,000 Units. Doing so would equip all but one of the 13 states to adjust their money to this new system with ease. The resulting currency was the Nova Constellatio pattern coin created in 1783.

Five patterns exist today. The range of values is in silver denominations of 1,000-Units, 500-Units, 100-Units, and 5-Units. There are two pattern types within the 500-Unit family. The design of each is essentially identical except for the mark indicating the number of units. One side has an all-seeing eye in the center with rays of light radiating out with a circle of 13 stars to represent each state and the words “Nova Constellatio” (“A New Constellation”) surrounding the image. The reverse features a laurel wreath with the words “Libertas Justitia” (“Liberty, Justice”) circling the leaves.

The coins are rare because the plan never came to fruition. The currency never advanced beyond the Congressional committee. In fact, the first official United States Mint would not open for nearly a decade. This rarity means that few have ever owned the coins and those in existence can be traced back to the men–metallurgist Benjamin Dudley and Founding Father Robert Morris–who championed the cause.

It is a sad postscript that Robert Morris later made some highly speculative moves in real estate that left him broke. As a result, he landed in debtor’s prison from 1798 to 1801. After serving his time he spent the remaining years of his life in Philadelphia until his death in 1806.

Ron Guth, President and Founder of PCGS Coin Facts, best encapsulates the importance of the coins when he says “[F]ew coins radiate history like the 1783 Nova Constellatio Patterns. They represent an innovative effort to unify the monetary systems of the thirteen colonies, fresh off their defeat of British rule. These once-in-a-lifetime coins reflect the pride, idealism, and hope of a new American nation. Their simple, yet powerful, designs proclaim America’s place as a new constellation in the universe of nations.”

Today the Nova Constellatio coins continue to intrigue collectors because they are the first pattern coins that emerged from the newly independent United States.