If you’re anything like me, you may have caught yourself wondering a time or two just how many coins have been lost or destroyed over the years. While pondering said losses, I’ve inwardly debated what the true values of certain coins would actually be if people knew how rare they really were.

But that’s all pie-in-the-sky thinking, right? There’s no way of knowing how many coins have been buried in playgrounds, plunked into wishing wells, annihilated on train tracks, eviscerated in high school science experiments, washed down sewer drains, or destroyed in numerous and at times almost unimaginable other ways. At least that’s what I thought.

It’s true that we’ll never get an exact count on the number of coins still out there. But there is a way to tilt the scales in our favor, at least regarding certain 90-percent silver coins. This insider information comes to us in the form of a somewhat obscure book entitled, The Big Silver Melt, by Henry Merton. It is the self-described, “…untold story of the illegal melting of U.S. coinage…”

But it’s oh so much more.

Many collectors know well the minted quantities quoted in various coin guides regarding 1916-1964, 90-percent silver coins. In the past, the vast quantities of certain dates or mints made them less than desirable to collectors and dealers alike.

Now I’ve been sorting bags of pre-1965 silver coinage (in particular, Winged Liberty or Mercury dimes) long enough to realize that certain dates and mints weren’t showing up in the quantities they should be if I were gauging them solely by the quoted listings in my well-worn coin guide. Having sorted literally tens of thousands of such coins, I’ve noticed trends in the quantities I find in said bags. But I never had any real statistical evidence to back these up. Until, that is, I got a hold of a copy of Mr. Merton’s book. Then the curtains were drawn back.

According to Merton, when it comes to dimes in particular:

Merton utilizes information gleaned from “clandestine smelters” that includes statistical mixes from randomly selected bagged silver coins. In turn, he extrapolates, based on the quantities of dates and mints in those random bags, the numbers out over the hundreds of thousands of bags melted. Through these statistics, he deduces estimates regarding the number of dates/mints melted, and thus, the number of dates/mints remaining. 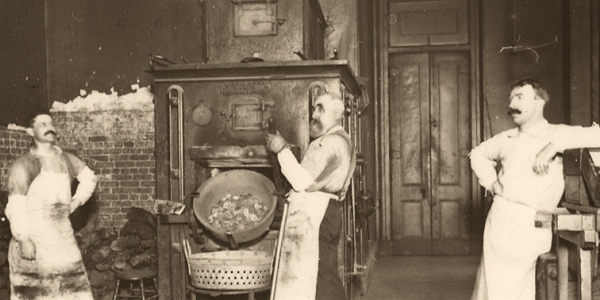 Merton goes on to produce estimates for the quarters and half dollars minted during the 1916-1964 timeframe, as well. These estimates contain their own share of surprises, such as the 1944-D Washington quarter: 14,600,800 of these coins were minted, but Merton assigns an estimated maximum quantity remaining of just 3,650,000!

But I won’t ruin all the surprises for you. Instead, order a copy of Merton’s book or pick it up from your local library and discover just how many of those seemingly abundant 90-percent silver coins might be far rarer than you thought and could be garnering a greater premium than you expected.

As a final note, bear in mind, The Big Silver Melt was published in 1983. Just how many more of these remaining coins have disappeared in the meantime? Your guess is as good as mine!

K.W. Callahan is a writer and coin collector living in Chicago, Illinois. His numismatic focus is geared toward pre-1965 silver coins, Mercury dimes in particular.

Many days when he’s not writing, you’ll find K.W. at LaGrange Coin and Stamp, the local coin shop at which he has gleaned much of his knowledge about coins and coin collecting.