On Tuesday, April 24 a spokesman for the South African Reserve Bank, Hlengani Mathebula, e-mailed a statement to the Associated Press about a controversy regarding gold Krugerrand coins that first came to light last week.

Mathebula stated that an internal investigation of proof Krugerrands produced last April and May had determined that some coins were found to be underweight. 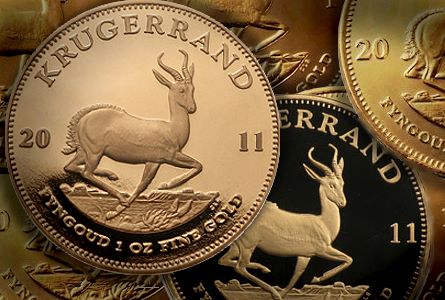 1,539 proof coins were minted in various sizes for collectors, but it was not revealed precisely how many were found to be underweight.  Of the coins produced, only 548 were actually sold.

It is believed that something went wrong during the production process that changed the gold content that went into the coins.

Coin dealers in South Africa and in other countries were contacted by the Mint and given the opportunity to return the coins.  They reportedly returned 90 coins.  Of those 90 coins, Mathebula stated that just 6 coins were found to have up to 5 percent less gold than required by specifications.

The bank has indicated that last year it suspended the mint’s managing director and general director for numismatic coins as a result of what it referred to as “technical problems” in their management of the mint, though it is unclear whether those problems specifically include the gold Krugerrands that were found to be under-specification. According to South African news accounts, the coins were first discovered by a South African collector who noticed his coins were tarnishing and then had the gold
content of his coins checked.

“We are confident that the deficiencies have been addressed and appropriate steps taken to avoid a recurrence,”Mathebula added.

The South African Mint has described the Krugerrand as the most popular gold coin in the world.  The coins have been minted since 1967, and by 1980 they accounted for 90% of the world’s gold coin market, according to Wikipedia (www.wikipedia.com).

Because they were initially made to be circulating gold coins, Krugerrands are made from a copper-gold alloy that makes them more durable than a pure gold coin, similar to American gold eagles (which were never made for circulation, but which were in many respects the American response to the Krugerrand.)

Until restrictions were removed on the purchase of them by U.S. citizens, Americans were not allowed to buy Krugerrands during the 1970’s and 1980’s.  That is because until 1994 South Africa was ruled by a white regime of Dutch descent known as Afrikaners who instituted a system of racial segregation known as apartheid to repress and control the black African majority.  As a result economic sanctions were instituted in opposition to apartheid, and those sanctions included prohibitions in a number of Western countries against buying Krugerrands.

Most mints around the world would probably not even have made public what turned out to be a relatively minor development, according to numismatic experts.

Coin collectors have speculated that if such coins ever make it into their hands they would be desirable collector items, similar to error coins.

The American Precious Metals Exchange (www.apmex.com) was contacted for comment on this story since its current inventory includes proof gold Krugerrands, but through a spokesperson the company declined to provide any statement.