From the Royal Mint: In the summer of 1940 Britain faced the threat of invasion. It would fall to brave young pilots and their crews to protect the country’s defences – the Battle of Britain had begun. It was their finest hour – who can imagine the world today if they had failed in their task? Now, 75 years later, we honour the few with a commemorative 2015 Battle of Britain 50p Silver Coin Proof, the only official United Kingdom coin to be struck for this anniversary, and one of the first with the new portrait of Her Majesty The Queen. 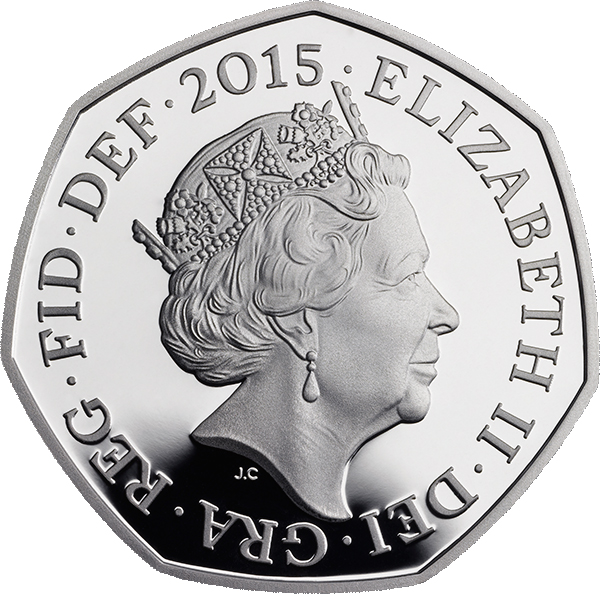 Reverse: Three British airman race to their aircraft in defense of the skies, the cities, and the people of Britain. In the sky behind them, a wall of British air power. The date 1940 appears in the exergue. Designer Gary Breeze’s initials GB are located to the right of the plane on the right.

Designer(s): Designer Jody Clark’s fifth portrait of Queen Elizabeth II is the current standard for all coinage of the United Kingdom. It is gradually replacing the Ian Rank-Broadley portraits of the Queen across the Commonwealth. View Designers Profile.