Many dating back to the time of Mark Antony and Cleopatra

As reported in the UK press last week, a 35-year-old metal detectorist discovered a surprisingly large hoard of ancient Roman silver coins on a farmer’s field in Dorset County, England. The hoard of silver denarii, dating back nearly 2,000 years, could be worth as much as £200,000 (about $266,000 USD).

Mike Smale, a 35-year-old metal detecting enthusiast and fisherman from Plymouth in neighboring Devonshire, was participating in an annual detectorist’s event in the city of Bridport with other members of the Southern Detectorists Club when he happened upon the coins. Finding a few coins at first but believing there could be more, Smale did what was required of him under the Treasure Act 1996 and called over officials to cordon off the area and take over the find’s excavation and management. A total of 600 silver coins were ultimately discovered, with experts believing the denarii originally had been stored in a pot and buried but a subsequent plowing by an unwitting farmer shattered the ceramic container and spread the coins over a larger plot of land.

The majority of the coins, which were in relatively pristine condition, date to around 32 BCE and feature a specific type of Roman galley or ship. These were minted under the authority of Roman general and politician Mark Antony while he was allied with the Egyptian queen Cleopatra during a civil war against the forces of Octavian, the nephew of Julius Caesar who was soon to become Augustus, the first emperor of the Roman Empire.

Other coins feature Graeco-Roman deities, while a smaller number date from the first century CE and feature early Roman emperors – such as Marcus Salvius Otho, who reigned for three months in the famous “Year of the Four Emperors” (69 CE).

The condition and rarity of the silver coins mean that each denarius could potentially command a price of £900 ($1,197) by itself.

The coins will be handed over to the local coroner for a determination as to whether or not the find qualifies as treasure under the Treasure Act (in England, coroners also handle questions of treasure and its valuation). If the coins are deemed treasure under the law, then they must first be offered to museums for sale, with the profits split between Mr. Smale and the farmer upon whose land the coins were located. If the treasure has no takers, then Mr. Smale can do whatever he likes with it.

For his part, Smale has said that he would share the proceeds with his fellow club members who were in attendance that day. About 300 fellow hobbyists, including members of the Southern Detectorists Club, attended the Bridport event.

Sean McDonald, the 47-year-old organizer of the event, said that Bridport was a good place for metal detecting but that he had still never seen a discovery like this.

“I personally think a find of this size and variety will never be found again,” he said. 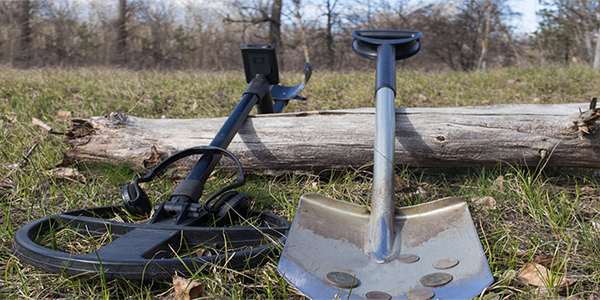 About the Treasure Act 1996

Many hobbyists have praised the Treasure Act of 1996 as a balanced approach allowing collectors and metal detectorists to fully enjoy their pastimes while also preserving the nation’s rich archaeological and historical heritage.

The law requires possible treasure finds to be reported to the county coroner within 14 days of the initial discovery. As stated above, the coroner determines whether the found objects are treasure or not according to the law. For coins to be considered treasure, they must all be from the same hoard, wherein a “hoard” is defined as two or more coins if they are older than 300 years when recovered from the ground. If the coins consist of less than 10% silver or gold, then the hoard must be made up of a minimum of 10 items.

When a determination of treasure is made, then the finder is obliged to offer the treasure for sale to an appropriate museum or institution at a price set by a board of antiquities experts called the Treasure Valuation Committee. Many prominent UK numismatists from notable firms like Baldwin’s and Spink have sat on the committee for five-year terms since its inception over 20 years ago.