On Saturday, December 21, Joseph Segel–“serial entrepreneur” and founder of both the Franklin Mint and QVC–died in hospice of congestive heart failure. He was 88 years old.

Segal was born on January 9, 1931, in West Philadelphia, where he grew up, went to school, and started his first business. Segel’s father Albert, a partner in a real estate firm, and his mother Fannie, who herself was active in the community, were supportive of their oldest son’s endeavors from an early age. When he was only 12 years old, Segel printed business cards on his kid-sized printing press and sold them in bulk to local businesses for five cents.

While still in high school, Segel started the Eastern Advertising Co., a company that made items like pencils and key chains as advertising for other companies. Shortly after graduating, Segel attended the University of Pennsylvania, where he started the Advertising Specialty Institute – another “B2B” marketing service, which printed a directory of advertising companies for other businesses.

After graduating from college in 1951 with a Bachelor of Science degree, Segel enrolled at the Wharton School to earn an MBA but soon found himself to busy with business to take classes properly and so he dropped out.

But in the very same year, he became the youngest member of the Wharton faculty, teaching Marketing 101 and 102. This was, apparently, more amenable to being an entrepreneur, as he continued to operate the Advertising Specialty Institute–which became National Business Services Inc.–while he did so.

In 1964, at the age of 33, three important events occurred that would alter Segel’s life. First, he married his second wife, Doris Greenstein. Second, former Five-Star General and beloved hero of the Second World War Douglas MacArthur died. And third, Segel noticed how people were lining up at banks and the United States Mint to buy the last circulating silver coins the Mint would ever produce. 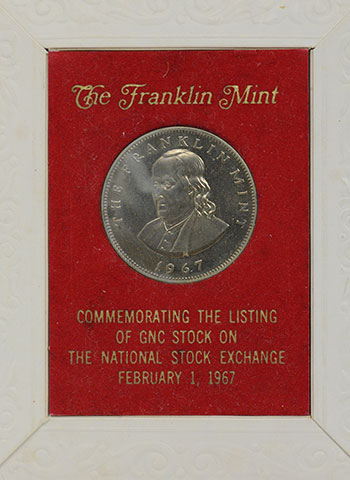 Combining numbers two and three (but no doubt relying on the support of number one), Segel conceived of the idea of striking monthly limited-edition silver commemorative medals. Thus was the National Commemorative Society–forerunner of the Franklin Mint–created.

Segel’s instincts were right. A large portion of the public was interested in owning numismatic collectibles commemorating people and events of national significance – something the U.S. Mint had stopped doing 10 years prior. And, of course, a whole generation of coin collectors was lamenting the loss of silver in our nation’s coinage.

So the National Commemorative Society was popular from the start.

But Segel, ever the savvy businessman, was dissatisfied – primarily with the work of the subcontractor he had hired to actually produce the medals. If he could control the means of production, Segel knew he could do even better.

In what must surely go down as an epoch-making event in numismatic history, Segel recruited Gilroy Roberts, the Chief Engraver of the United States Mint (who had just designed the Kennedy half dollar), to start a new company: the General Numismatics Corporation.

This company, too, was a success, and in 1965 it went public, soon after changing its name to the Franklin Mint. For an in-depth exploration of the rise and fall of the Franklin Mint, see David T. Alexander’s excellent piece for CoinWeek here.

The Seventies and Beyond

Instead of sitting on his laurels, Joe Segel continued to find new opportunities and start companies to take advantage of them.

In 1970, Segel and his wife Doris bought an abandoned retirement home near Geneva, Switzerland and turned it into a luxury hotel named Le Mirador. The Segels sold it in 1990, bought it back in 1993, renovated it, and sold it again in 1998.

In 1975, Segel founded Presidential Airways, a private jet and helicopter service. In order to better understand the field, Segel even learned how to fly although he did not puruse a pilot’s license.

Presidential Airways was sold in 1980, the same year that Segel started PermaColor Corporation, a company that developed a way to make color photographic prints last for over 50 years.

In 1983, Segel is said to have bought the first personal computer shipped to the Philadelphia area. Disappointed with the software then available for PCs, Segel founded Software Digest and National Software Testing Laboratories (NSTL). The software-testing company was quickly bought by the educational publishing firm McGraw-Hill.

And with that, Segel entered upon his first retirement. It lasted three years.

In 1986, Segel became aware of the potential for cable television to provide a convenient home shopping experience. Convinced that he could do better than the Home Shopping Network, he signed on some of his former executives at the Franklin Mint and started the company (and channel) that would eventually become QVC. 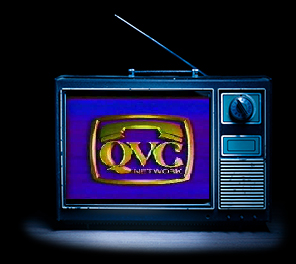 Seven million homes received the new shopping channel on the day it launched, and three months later the company raised more than $20 million in an initial public offering of stock. And by the end of its first year, QVC established sales of $112 million – a record for American businesses starting from scratch.

Over the years, QVC has merged with several other entities, including HSN itself, and today sees annual revenue of about $14 billion and serves 23 million customers around the world. Among American companies, QVC is behind only Amazon and Walmart when it comes to e-commerce.

Segel retired again in 1993 but served as an executive consultant to QVC for 20 more years.

He started six more companies in his second “retirement”, with his latest venture (a hair care system) starting up in 2018.

Professional honors include admittance to both the Direct Marketing and Specialty Advertising Halls of Fame. He was awarded the Lifetime Achievement Award from the Electronic Retailing Association and received an Honorary Doctorate of Humane Letters from Drexel University. Segel also served as the Chairman of the Philadelphia Presidents Organization and was committed to philanthropic work in and around Philadelphia.

After his wife Doris died in May 2018, Segel moved to a new home in Delray Beach, Florida. While visiting family in Philadelphia later that year, his health diminished to the point that a local doctor suggested that he stay in an assisted living facility nearby in Gladwyne.

Joseph Segel died in hospice care at Waverly Heights on December 21, 2019. He is survived by his two sons, a step-daughter, six grandchildren, and four great-grandchildren.

In lieu of flowers, charitable contributions can be made in his name to Philabundance, 3616 S. Galloway St., Philadelphia, PA 19148 or the charity of a donor’s choice.

In the first quarter of the 21st century, it is perhaps overdue to assess the impact that Joseph Segel and the Franklin Mint had on numismatics and coin production worldwide.

Many of the “innovations” introduced to the circulating and collector coinage of the latter part of the 20th century by many of the world’s mints, such as color application to coins, were first introduced as “novelties” by the Franklin Mint. These innovations, often disregarded by serious numismatists at the time, have come to represent a not-insignificant portion of the world’s numismatic output.

As for his company’s impact on the coinage of the United States, many of the artists and engravers who have worked (and still work) at the U.S. Mint in the years since the company was founded learned much of their craft at the Franklin Mint – including the recently retired engraver Don Everhart. We reached out to Don for a comment on the passing of Mr. Segel; the following is his response:

As you know, I worked at the Franklin Mint from 1974 to 1980, as a sculptor. One day as I was walking to work from my car, I noticed a man getting out of a limousine near the entrance of the Mint. The man then proceeded to wave to me. I don’t remember if I waved back or not, because I didn’t know who the individual was. I later learned that it was Joe Segel.

It sounds like an insignificant encounter with a stranger, but what it revealed to me was the character of that individual. Joe Segel waved at me not because he knew who I was, but because I was an employee at the company he had founded. He felt that I was worthy of a greeting, even though he probably had no idea who I was. But because I worked for him, he felt enough respect for me to acknowledge my presence.

To me, it indicated a lot about the stranger that greeted me that day when I was just beginning a career that became my lifelong profession.

The following is a list of businesses started by Joseph Segel, as obtained from his personal online biography at josephsegel.info: