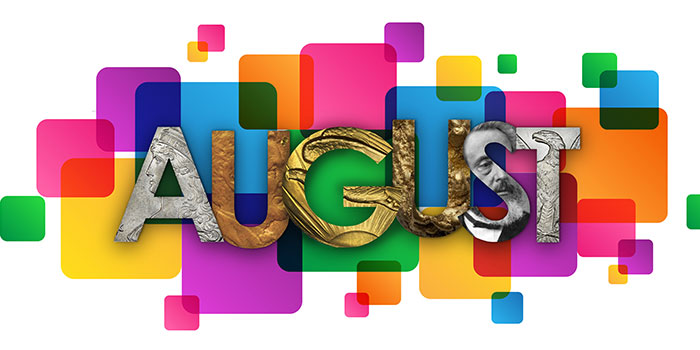 The dog days of summer are upon us, which means that it’s time to take a trip through the annals of United States Mint history. In this month’s Big Things, we see first strikings and releases of major coins, the end of a contentious coin program, the passing of major figures in American numismatics, and much, much more…

August 2, 1838: New Orleans Mint closed as a precaution against the Yellow Fever.

August 5, 1909: Treasury Secretary Franklin MacVeigh orders a halt in the production of Lincoln cents due to the V.D.B. controversy.

August 7, 1799: The Bank of the United States deposits $44,076.285 in French crowns for coining into silver dollars. Coins are struck and paid out on December 7.

August 7, 1939: President Roosevelt signed a bill to end the production of commemorative coins authorized by Congress prior to March 1, 1939.

August 7, 1946: President Truman signs into law bills authorizing the production of the Iowa Centennial half Dollar and the Booker T. Washington half dollar.

August 17, 1848: California Military Governor Colonel Richard B. Mason writes to the Adjutant General of the US in Washington, DC about the status of California gold discoveries and recommends the opening of a mint in San Francisco.

August 28, 1797: Mint Director Elias Boudinot draws up plans to shut down Mint operations in the event the Yellow Fever outbreak warrants it.

August 31, 1797: Henry Voight writes to Mint Director Boudinot requesting permission to close the Mint. Voight informs the Director that the treasurer, Dr. Nicholas Way has fallen ill with the disease. Voight closes the Mint that day.

August 31, 1862: Philadelphia Mint reports having 368 cents on hand, signaling just how acute the coin shortage had become at the outset of the Civil War.