Many–probably most–coins do not have any inherent directionality in the images or legends on their two sides. There may be some difference in the perceived importance or generality of their information, but each side may convey its information independently of the other. Thus, arbitrary conventions exist for defining obverse and reverse, so that numismatists can decide which side gets described first.

For ancient Greek coins, the obverse is the side bearing the impression of the anvil die.

For Islamic coins, the obverse is the side bearing the Islamic statement of faith.

For Chinese coins of the Qing dynasty, the obverse is the side with text in the Chinese language.

For some coins, however, there is an inherent directionality to the relationship of the two sides, so that an arbitrary convention is not needed. This is mostly provided by a directional flow of language. But in ancient coins this is rare. To the extent that it occurs, it mostly takes the form of informational hierarchy, where a statement on the first side of the coin provides necessary context for understanding the statement on the second. Thus, for example, the statement “P M Tr P Cos III” (a list of titles: pontifex maximus with tribunician power, consul three times) on a coin of Hadrian can only be understood as following the statement of Hadrian’s name on the other side, making the former side necessarily the reverse and the latter side the obverse. 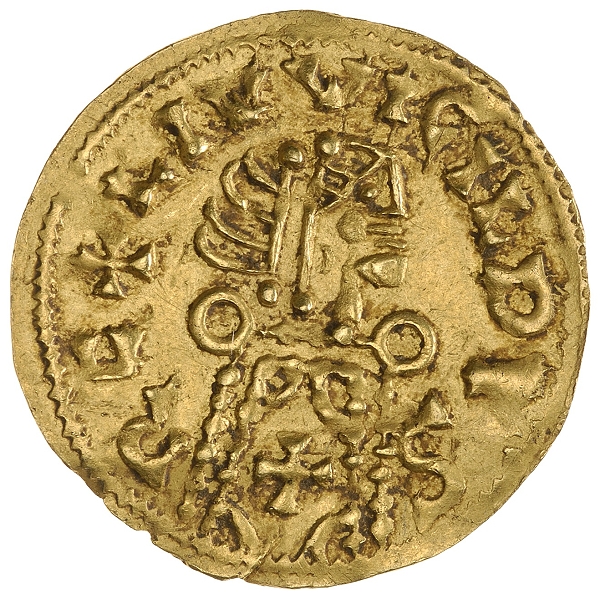 Gold tremissis of the Visigothic kingdom minted under Leovigild at Ispali, ca. 584 (ANS 2016.29.10, gift of the Edlow Family Fund). Later in the Middle Ages, the long lists of titles belonging to many rulers meant that even in abbreviated form, they needed both sides of the coin to convey just to describe themselves. On this Castilian coin, the two sides obviously form a single grammatical constituent: “F(erdinandus) Rex Castelle / et Legionis” (“Ferdinand King of Castile and León”). The “et Legionis” necessarily follows the “Rex Castelle”. 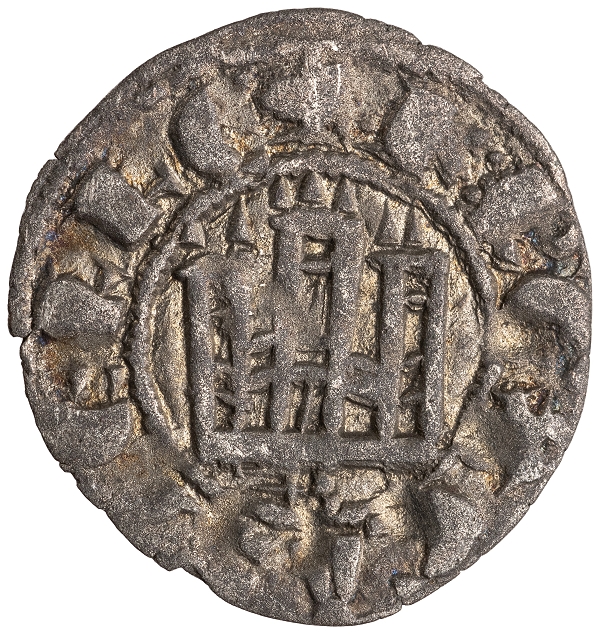 This trend became particularly pronounced in the early modern period, when even picking a few of the most relevant titles held by a ruler would amount to a long string of text. On a coin from Flanders in the Spanish Netherlands, for example, the brief and selective legend reads Carol(us) II D(ei) G(ratia) Hisp(aniarum) et Indiar(um) Rex / Arch(idux) Aus(triae) Dux Burg(undiae) C(omes) Fl(andriae) (“Charles II, by Grace of God king of the Spains and the Indies, Archduke of Austria, Duke of Burgundy, Count of Flanders”). Even heavily abbreviated, it takes up the legend space on both sides of the coin. 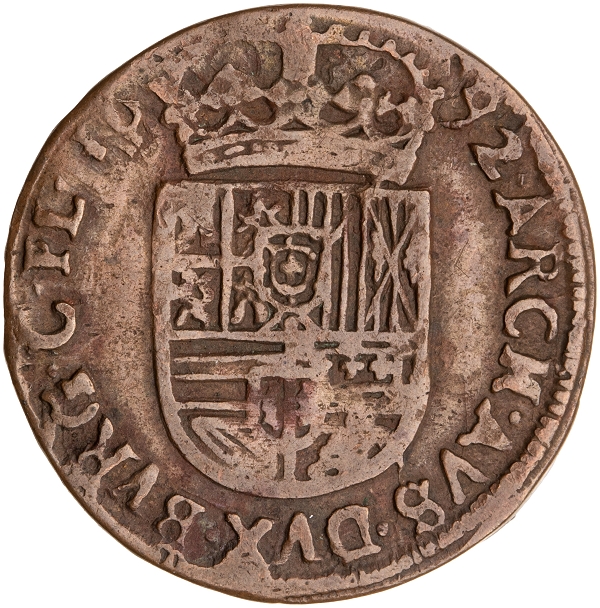 For coins like these, the directionality is inherent in the design of the coin. Regardless of which side was struck with which die, regardless of which side has a picture of a person on it, the side where the legend starts is inherently prior to the side where the legend ends. In this case, unlike others, no arbitrary convention is needed to identify obverse and reverse.