Perhaps one reason for the comparatively small interest in Greek coins in the country is the difficulty of understanding their inscriptions. This difficulty is not as great as might be supposed… (Pennington, 1)

MODERN AMERICAN COINS are required by law to include quite a lot of text[1]. For example, the obverse (“heads”) of the current half dollar has 23 characters of inscription, and the reverse (“tails”) bears an incredible 44 characters. The current British 10 pence coin bears 22 characters on the obverse and just eight (spelling out the denomination: “TEN PENCE”) on the reverse.

Many bear no inscription at all — the technical numismatic term for this (from Greek, of course!) is “anepigraphic”. We can only guess at the level of literacy in the ancient Greek-speaking world. By one estimate, about five to 10 percent of the adult male population could read and write (Harris, 114). Several non-Greek societies (Celtic, Semitic, and Persian) used Greek letters for their coin inscriptions. Ancient Greek coin inscriptions are all written in “capital” letters; lower case letters were a post-Classical development used mainly in manuscripts[3]. There were usually no spaces between words.

The earliest inscription on a Greek coin dates from about 600 BCE on an electrum stater (about 14 grams) of Ephesus in Asia Minor. A grazing stag adorns the oblong coin below the words, in archaic Greek characters: ΦANOΣ EMI ΣHMA (FANOS EMI SEMA) – “I am the badge of Phanes.” On Harlan J. Berk’s list of the 100 Greatest Ancient Coins, this rare piece is #61 (Berk, 18).

We have no idea who Phanes was.

This enigmatic coin is a “speaking artifact” – an ancient inscribed object that refers to itself. The most famous speaking artifact is the “Cup of Nestor”[4], an eighth-century BCE wine cup found in 1954, bearing one of the earliest known inscriptions in the Greek language. The three-line inscription begins: “I am the cup of Nestor, good for drinking.” Both the coin and the cup inscriptions are “retrograde” — reading from right to left. Greeks borrowed their alphabet from the Phoenicians, who wrote from right to left like the Hebrews. Only later did the Greeks settle on reading from left to right, as we do today in English.

As far as I know, no other ancient coins refer to themselves as if they were talking.

Silver staters of Corinth often bear only a single letter, the obsolete letter qoppa: Ϙ, in the field below the image of Pegasus, abbreviating the “ethnic” that identifies the people who made the coin: “of the Corinthians”.

The famous “owl” coins of Athens bear just three letters AθE abbreviating Athenaion “the Athenians”. In the classical era, common Greek practice was to identify coins not by the place but by the population.

One of the most common words you will see on an ancient Greek coin is ΒΑΣΙΛΕΩΣ (basileos, meaning “king”). A handsome example is the silver tetradrachm[5] of the Bactrian king Eucratides, who ruled c. 175-145 BCE.

More rarely we see the word ΒΑΣΙΛΙΣΣΑ (basilissa, meaning “queen”). A beautiful example is the silver 16 litra piece (13.6 grams) of Queen Philistis, the wife of Hiero II (ruled 270-215 BCE), tyrant of Syracuse[6]. She is known to history only from her coins. Her portrait appears on the obverse, with her name, her title, and a magnificent quadriga (four-horse chariot) on the reverse.

Like Latin, German, Russian, and many other Indo-European languages, word endings in Greek indicate their grammatical function. The inscription on this coin, BASILISSAS FILISTIDOS, in the “genitive” (possessive) case means “of queen Philistis”.

The massive (43.4 gram) silver dekadrachm of Syracuse struck from dies engraved by the master artisan Euainetos is considered by many numismatists to be the most beautiful of all classical Greek coins. On Harlan Berk’s list of the 100 Greatest Ancient Coins, this type is #3 (Berk, 44).

Some of the coin dies engraved by Euainetos are signed in tiny letters with his name, shortened to EUAINE or EUAINETO. Other ancient Greek coin engravers who signed their dies include Kimon, Eukleidas, Phrygillos, and some only known by the first few letters of their names[7]. It is possible that ancient coin engravers – some of whom are known to have also carved gemstones – used rock crystal magnifying lenses in their work.

Our modern way of expressing historical dates as BCE (“Before the Common Era”) or CE (“Common Era”) was of course unknown in the ancient world, where a wide variety of reckoning systems were used.

One of the most common was the “Seleucid Era”, in which Year 1 corresponds to 312/311 BCE (when Seleucus I, one of Alexander the Great’s generals, re-occupied Babylon).

King Mithradates VI of Pontus dated his coins according to the “Bosporan Era”[8], which began in 297 BCE. A coin of Mithradates struck in 66/67 BCE is dated Year 231 (ΑΛΣ in Greek numerals)[9].

Under the Roman Empire, many Greek-speaking cities continued to date their coinage according to their own local eras. A tetradrachm[10] of Antioch issued under Tiberius in 35/36 CE, for example, is dated Year 84 (ΔΠ) of the “Caesarian era”, which began in 48 BCE when Julius Caesar granted autonomy to the city – one of the few in the Roman East allowed to strike its own silver coinage.

The Parthians, a Central Asian people who spoke an Iranian language, conquered a large part of the crumbling Seleucid empire beginning in the mid-third century BCE. Parthian coins were inscribed in Greek since many of their subject peoples (who spoke many different tongues) could read the language.

Parthian kings delighted in attaching bombastic epithets to their names. An extreme case is the obscure Arsakes XVI, who ruled c. 78 – 61 BCE. On the reverse of his tetradrachm[11], he is hailed as BAΣΙΛΕΩΣ ΜΕΓΑΛΟΥ APΣAKOY ΘEOΠATOPOΣ EYEPΓETOY EΠΙΦANOYΣ ΦΙΛEΛΛHNOΣ (“Great King Arsakes, Son of a God, Benefactor, Manifest Divinity, Friend of the Greeks”). Somehow the engraver managed to make all 60 letters fit!

Under Roman rule, small change issued for local use in Judaea was inscribed in Greek.

A very popular example is the bronze prutah issued by Pontius Pilate (procurator, 26-36 CE) in the name of Emperor Tiberius[12]. The obverse inscription is TIBEPIOV KAICAPOC (“of Tiberius Caesar”). The reverse simply reads LIZ. This is not a girl’s nickname, but rather a date: Year 17 of Tiberius, corresponding to 30 CE. The letter “L” here is not a regular Greek letter; it is a kind of scribal abbreviation for the word ETOYC (“of year”). This commonly appears in the dating formula of Roman provincial coins.

The kingdom of Axum in what is now Ethiopia was the only African state south of the Sahara to issue its own coinage in antiquity. The language of the people was Ge’ez (still used as a liturgical language by the Ethiopian Orthodox Church), which has its own alphabet, but the coin inscriptions were written in Greek letters.

Coin inscriptions (and possibly makers’ signatures on ceramic oil lamps) were the first mass-produced texts (Harris, 14), and they have proven to be a source of important historical evidence.

The modern Greek language uses the same alphabet as ancient Greek but differs significantly in pronunciation, vocabulary, and grammar. The ancient language had several distinct dialects: “Attic” Greek was the prestigious but complex literary language, taught today in many university Classics departments. Koine Greek, thought to be close to the speech of the common people, was the language of the New Testament, often taught today for Bible studies.

Understanding numismatic Greek, however, is a much simpler matter, since a limited number of words, abbreviations, and formulas appear on coin inscriptions during our nine centuries of interest, c. 600 BCE – 300 CE.

A slim pamphlet published in 1964, How to Read Greek Coins, is a helpful reference for beginners with no knowledge of Greek. Used copies can be found online for under $20.

Rather more advanced is Greek Numismatic Epigraphy (1969), which can also readily be found online for under $20.

There are many excellent textbooks for collectors interested in a deeper dive into the ancient language, I found Learn Ancient Greek (1998) particularly enjoyable.

[1] LIBERTY, UNITED STATES OF AMERICA, E PLURIBUS UNUM, IN GOD WE TRUST, the denomination and the year of issue.

[2] The word “laconic” is derived from Lakonia, the region of Greece inhabited by the Spartans, a people famously sparing with their words. 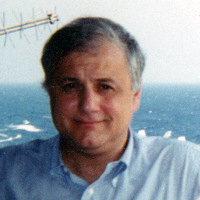