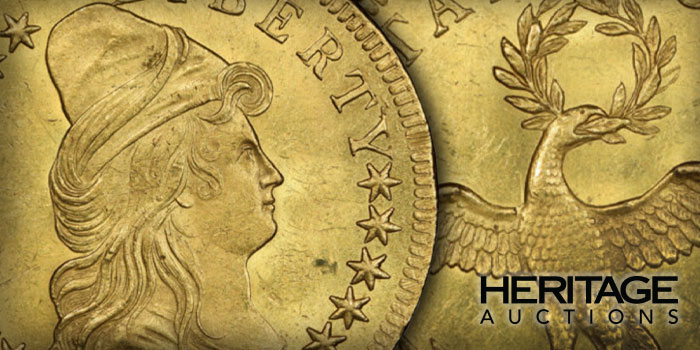 The American Numismatic Society (ANS) is pleased to announce Heritage Auctions as the recipient of the 2023 Trustees’ Award.

Heritage Auctions, the largest auction house founded in the U.S and the third-largest auction house in the world, handles a large variety of collectibles including comics, fine arts, books, luxury items, film and sports memorabilia, and, importantly, numismatic objects.

A generous supporter of the American Numismatic Society for several decades, Heritage has, without fail, sponsored tables at the Society’s Annual Gala dinners, donated coins and other numismatic items for Gala auctions, and generously provided the services of their talented staff to run those auctions. They have also supported ANS lecture series, been a consistent advertiser in the ANS Magazine, and auctioned materials on behalf of the ANS. All of this has contributed significantly to the financial well-being of the Society.

Not surprisingly, many Heritage staff are also members of the ANS, thus providing support on a personal level, in addition to the professional and organizational gifts of time and money. Among them are the founders of Heritage: CEO and Co-Chairman Steve Ivy, a Fellow of the Society who has been a member since 1978, and Co-Chairman Jim Halperin, a Life Member who joined the ANS in 2001. Many other Heritage partners and staff members have actively contributed to the productive relationship between Heritage and the ANS, including President Greg Rohan; Executive Vice President Cristiano Bierrenbach; Senior Vice President and Managing Director in New York Sarah Miller; Senior Cataloger/Sr. Numismatist Mark Borckardt; Director of International Numismatics Sam Spiegel; and Executive Assistant Sophie Duncan.

ANS President Dr. Ute Wartenberg noted that “We are so pleased to honor Heritage Auctions at our upcoming Gala on Thursday, January 12, 2023, at the Harvard Club in New York City. The Society has had a longstanding relationship with the leaders and staff of this extraordinary auction house. I personally have valued the support and help that I have received from Heritage over the many years.”