By Al Doyle for CoinWeek ………

American collectors will find slim pickings when they try to acquire coins struck from 1931 to 1933. Here’s an overview of the situation.

What was going on? Demand for coins and notes fell off the cliff due to the Great Depression, and the early ’30s were among the grimmest times of the decade. That meant recently struck coins were gathering dust in vaults, which led to sharply curtailed production by the U.S. Mint. 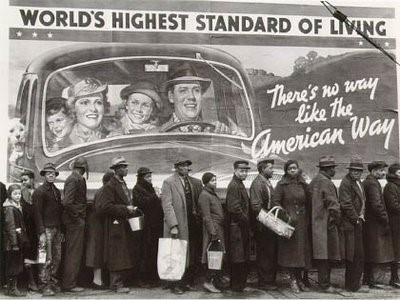 Even though a mere 1.2 million Buffalo nickels were produced in 1931 (all at San Francisco), the supply was sufficient to carry through 1934. Mercury dimes were struck at all three mints in 1931, but the totals were meager. Just 6.21 million pieces combined were a far cry from the typical mintages of a few years earlier. Despite their relative scaricty the 1931, 1931-D and 1931-S trio are reasonably priced in circulated grades. They are the only U.S. silver coins from that year.

It’s possible that no quarters would have been struck in 1932 if it wasn’t for the 200th anniversary of George Washington’s birth. What was conceived as a commemorative replaced the Standing Liberty quarter of 1916 to 1930. Just over 5.4 million first-year pieces were struck at Philadelphia. The 1932-D (mintage 436,800) and the 1932-S (408,000) have long been recognized as keys to the series. A second run of Washingtons wasn’t needed until 1934.

The only half dollars produced during this three-year period were 1,786,000 1933-S Walking Libertys. Aside from cents, this was the only circulating coin struck during 1933. Even though it’s part of a longer series, the 1933-D Oregon Trail half dollar stands out from the pack, as it was the only commemorative of the early 1930s. With unemployment in the 25 percent range and low wages for many who were fortunate to have a job, it’s no surprise that just 5,008 pieces were sold.

1933 was the year of Franklin Delano Roosevelt’s odious and infamous ban on gold ownership. The saga of the few surviving 1933 Saint-Gaudens gold $20 is known even beyond coin collecting circles, but one U.S. gold coin of that year can be owned without fear of a prison sentence.

Approximately 35 1933 Indians from an original mintage of 312,000 are known to have survived the gold recall and melt. These historic pieces change hands at major auctions for large six-figure bids. Ironically, the 1932 $10 Indian (mintage 4,463,000) escaped the gold coin destruction in huge quantities while just a small number of the $20 Saints of 1931 and 1932 dodged the melting pot.

Since there are relatively few U.S. coins of 1931 to 1933, where does that leave the numismatist who is drawn to this often gloomy era? While other nations also reduced coin production in the early ’30s, the process usually wasn’t as drastic as what took place in America. That means a wide range of world coins – often struck in modest numbers – are available.

The Royal Canadian Mint cranked out a full line of cents, nickels, dimes, quarters and half dollars in 1931 and 1932 while dropping the 50-cent piece in 1933. More than 21.3 million cents were struck in 1932, which was a large supply for an economically ravaged nation with a population of 10.5 million. The key Canadian coin of the early ’30s is the 1932 half dollar. Just 19,213 were made, and the vast majority saw considerable usage in circulation.

Economic woes in Mexico were reflected in much lower mintages. Production of minor pieces such as the 1 centavo and the 2, 5, 10 and 20 centavos were reduced or suspended in some years. No .720 fine silver 50 centavo pieces were struck from 1931 to 1933, while the silver peso wasn’t part of the Casa de Moneda’s 1931 product line.

In Great Britian, production of circulating coinage from farthings to shillings didn’t drop dramatically from 1920s levels with one notable exception. The great mystery coin of the era is the 1933 penny. Seven were struck, and the survivors are in museums or otherwise inaccessible to the market. One eBay consignor offered what was allegedly a 1933-dated large copper as part of a miscellaneous lot in 2010. After the coins drew some bidders and plenty of scrutiny, the lot was withdrawn.

Germany was in transition from the Weimar Republic to Hitler’s Third Reich. Minor coinage such as the 1 reichspfennig and pure nickel 50 reichspfennig remained in production while the 2 and 5 reichspfennig were temporarily put on hold. The one-year 4 reichspfennig of 1932 is a natural for collectors who like unusual denominations.

Check out smaller nations for interesting items of 1931 to 1933. Ireland was in poor financial condition even prior to the Depression, so it’s no surprise that coin production was sporadic from 1931 to 1933. The 1932 Guatemalan 2 centavo is a one-year type coin, and the copper 1 centavo was the only other coin struck during the 1930s by the Central American nation.

The Netherlands discontinued the silver 1/2 gulden after 1930. No copper 2 1/2-cent pieces were struck during the entire decade, and the diminutive silver 10-cent coin was on the shelf from 1931 to 1933. On the positive side, the diamond-shaped Dutch 5-cent piece with its elegant design was made in 1932 and 1933.

One other Dutch coin will surely appeal to history-minded numismatists. The 1933 10 gulden is a fractional (.1947 ounce) piece that sells for bullion-related prices. If the owning a 1933-dated gold coin is appealing, also take a look at the Czech 1933 dukat. From copper to gold, the coins of the early 1930s are enduring mementos of one of the toughest times in the past century.