Essay by Charles Morgan and Hubert Walker for CoinWeek …..

“The Spanish Milled Dollar
The Coin of Our Nation’s Founders”

These words by Richard Yeoman served for more than 40 years as the opening salvo of the hobby’s canonical pocket reference work A Guide Book of United States Coins.

This brief entry, segregated from the rest of the volume’s methodical breakdown of the facts and figures of our nation’s official and ancillary issues plus their progenitors, served mainly as a prefatory statement–an offshoot of the book’s real focus. Nevertheless, Yeoman thought it necessary to mention this Coin of Our Nation’s Founders.

But to what end?

To get the real story, you have to look elsewhere- to the books of Philip L. Mossman. Mossman, better than anyone we’ve ever read, digs deep into the historical and economic context of early American money. Mossman’s previous masterpiece, the indispensable Money of the American Colonies and Confederation (American Numismatic Society, 1993), earned him the coveted Archer B. Huntington Award. It is a compelling blow-by-blow account of a species of money not all that familiar to many modern-day numismatists. And while that book is essential reading, its his latest turn–From Crime to Punishment: Counterfeit and Debased Coinage in Colonial and Pre-Federal America (American Numismatic Society, 2013)–that truly brings it home. Within its pages, the true context of Yeoman’s quote comes to life.

The simple fact is this: that the Spanish Milled Dollar proved to be the Coin of Our Nation’s Founders, when our forefathers were subjects of the English (and later, British) crown, speaks to the wholesale intentional failure on the part of London to circulate money in its western colonies.

The problems with money, as detailed by Mossman, were pandemic and served as a breeding ground for contempt between the English speaking colonies and the crown. By necessity, ingenious and often illegal measures were introduced and adopted in an effort to keep money circulating, each colony competing with the next to maintain some sense of solvency. England’s responses to the crises (as there were many) served as a multi-generational reminder to Americans that the crown’s attitude towards them was intractable. Before the Stamp Act led the Sons of Liberty to pitch East India Tea into Boston harbor, real, contemptible actions and inactions were thrust upon the English-speaking colonies.

And while the focus of Mossman’s present work is the production and circulation of counterfeit coins and the subsequent punishment or lack thereof of those caught in the act, the takeaway is that revolution was inevitable. By detailing these issues in a chronological and methodical fashion, Mossman brings clarity to a seemingly impenetrable issue.

He also makes the case that contemporaneous counterfeits–that is, counterfeit coins and currency produced and circulated alongside the genuine money of its day–are money, too.

All of this sets up Mossman’s narrative, which points out that it wasn’t just the Spanish Milled dollar that circulated regularly but foreign coins of all types were “cried up” (made fiat) and held onto by localities desperate for circulating coin. This led to an economy of foreign money with designs unfamiliar and non-uniform from the French sou marqués (the black dog), the 24-skilling coins of Frederik V and Christian VII, Spanish cross-pistareens, and reals. Even paper money, the least secure mode of exchange, was produced by public and private dictate.

All of this creates a landscape ripe for plunder, deceit, and debasement. Over the course of 10 chapters and in impressive detail, Mossman lays out how this was done, how deceptive the counterfeits were, the reactions of the affected localities, and what, if any, punishment was doled out to the perpetrators. 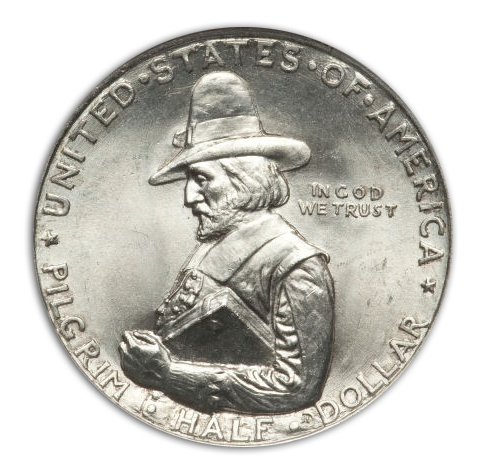 While counterfeiting was considered a treasonous act against the crown and a capital offense, in many instances the “justice” that was meted out fell far short of that threat. The cavalcade of scoundrels that Mossman discusses ranges from crude amateurs to corrupt public officials. The farther up the social ladder one was, the less severe the consequences. Mossman recalls the amazingly brazen case of Dr. Stephen Tallman, who teamed up with his brother-in-law to manufacture and pass counterfeit 1740 Rhode Island 20-shilling notes. This by itself wasn’t exceptional, but Tallman was also an authorized signer of the Rhode Island paper emissions of 1737, 1738, and 1740!

Even the son and grandson of Peregrine White, Jr., the “first Mayflower baby born in New England” (56), were caught in act, but that’s not to say that all of the ersatz money of the period originated here. The button makers of Birmingham, Mossman notes, were also complicit, counterfeiting Spanish and French coins in order to erode public confidence in them. The English fakes were so deceptive that Spain decided against drawing attention to them. Once Britain ceded its claim on the rebellious colonies, it turned its attention towards creating bogus continental money. This is what our nation’s founders were up against. This is what made the establishment of the United States Mint necessary for national survival.

True or False: A Chronological Perspective

Mossman’s From Crime to Punishment does not set out to be the comprehensive reference manual for every known contemporaneous colonial counterfeit coin and note. It does feature side-by-side illustrations of illicit money and the real McCoy. Some readers will find it a challenge to determine which one is the genuine item. Considering that numismatists reading the book have a 50/50 chance of spotting the fake and have the benefit of knowing that one of the depicted items is spurious, you quickly realize that farmers in Lynchburg, Virginia or tradesmen in Carlisle, Pennsylvania often had no chance.

Over the course of 264 pages, Mossman lays out the relationship these early Americans had with real and fake money, the effect fakes had on the money supply, on individuals stuck with it, and how the government either combated its proliferation or created obstacles to fully condemn it.

In the end, and whether anyone liked it or not, enough fake money circulated that it became real money by necessity. So long as the coins weren’t too shoddily made – or obviously bogus – they tended to be acceptable, especially in areas that were especially starved for means of exchange.

Paper money, on the other hand (or more precisely bills of credit, as Parliament forbade Colonial governments from printing money), was a different matter altogether. As Mossman points out, the illicit manufacture of counterfeit paper posed a dire problem for its issuing agencies, as each note was simply a short term loan, which upon redemption would be paid out in whatever form specified on the paper.

Bogus notes could not be redeemed, since the terms of the payment (often with interest) were tied to genuine debt obligations and not fictitious ones. Once word got out that a certain series of paper money was compromised, it could no longer effectively serve as money. Eric P. Newman’s Early Paper Money of America (5th Edition, 2008) remains the subject’s most exhaustive reference; Mossman’s work here provides valuable insights and additional context.

Philip Mossman’s From Crime to Punishment is without a doubt the most accomplished numismatic book we’ve read this year. Although it deals with a rather esoteric subject on the surface, the core material has universal applications.

Bogus money manufacture continues to affect us today, and there are numerous anecdotes dealing with fakes throughout American history: from the highly counterfeited Bust half dollar series to the Racketeer nickel and Henning nickel. Even today, North Korean “superdollars” are printed en masse and bogus golden dollars from Latin America.

Furthermore, the methodology used to determine the genuineness of items, the role state actors play in the purposeful debasement of rival currency, and the ways the unsuspecting are harmed remain applicable to the present day. Add Mossman’s numismatic perspective to the matter–even forgeries once circulated are money–and you have all of the ingredients necessary and vital numismatic debate.

From Crime to Punishment: Counterfeit and Debased Currencies in Colonial and Pre-Federal America is the 27th volume of the American Numismatic Society’s Numismatic Studies series. For members of the ANS, the book is offered for $99. For non-members, the cost is $145. This volume is essential reading that will enrich your understanding of an important and controversial topic. It illuminates that which is only hinted at in basic references, including the Red Book, and is lavishly illustrated, with copious examples of colonial moneys both real and fake.

It is a worthwhile follow up to Money of the American Colonies and Confederation and receives our highest possible recommendation.

CoinWeek gives From Crime to Punishment: Counterfeit and Debased Currencies in Colonial and Pre-Federal America our highest possible recommendation. A copy of it belongs in your numismatic library. Editor’s Choice.