The following is a white paper that was submitted to the American Numismatic Association in conjunction with the ANA’s 2019 Future of Numismatics Forum.

There has been no time in the history of the numismatic hobby where more information about coins, paper money, and other objects related to the study of money and medallic art has been as readily available to the collector, researcher, or member of the general public as is the case today. Sellers of antiquarian numismatic literature provide us the greatest insights into the way the hobby of yesteryear produced and consumed information in the form of their many sales catalogs. As professional numismatists, we owe a great deal to these unsung heroes of our hobby for the care and tradecraft that goes into these catalogs and the specific, often esoteric, bits of insight and information that they provide. But increasingly, much of this information is making its way online, in digital form.

In fact, recognition of the value of information from the past is what drove the American Numismatic Association to invest in the digitization of its entire catalog of back issues of The Numismatist and is what also led to the creation of the Newman Numismatic Portal, an online archive of many documents essential for numismatic study. And while my friend Wayne Homren, publisher of The eSylum, envisioned the potential benefit of an online platform that provided researchers and collectors with a comprehensive, searchable database of all numismatic knowledge, capitalism and the publisher’s forever need to monetize their intellectual property in order to fund its further production will probably preclude the creation of a such a tool, at least for the foreseeable future.

The digitalization of the numismatic hobby is now entering its fourth decade. What started as a crude attempt by collectors to communicate and share information about coins online has matured, after millions of dollars of investment by this industry and incredible advances in information technology. It’s probably safe to say that without the internet, eBay, and the ability for this industry’s major market makers to develop safe, secure, and robust auction platforms, the coin market as we know it today would not exist. But as we convene to talk about the future of the hobby, one thing that becomes increasingly clear with each passing year is that the numismatic industry as we have known it for the past several decades is reaching its end. Many of the industry’s dominant personalities and decision-makers are approaching the end of their careers, and when these important figures cease their active participation in the industry, we stand to lose not just the relationships they have built over many years with collectors, and the vast stores of knowledge that they have acquired, but also the very capital reserves that supported the coin market in times both good and bad. This capital and talent cannot be replaced overnight. It will take time and a concerted effort to recover.

ANOTHER TRUTH is even more pressing. The marketing concepts that have propelled coin collecting through the great bull markets of the 1990s, ‘00s, and ‘10s are showing their age. Rare coin investing, as it turns out, may not be as lucrative as other, traditional forms of investing. The market is communicating this to us and the shrinking of the numismatic investment market is a clear indicator that something has to give. Either we develop new ways to market, categorize, and evaluate numismatic material, or we face a future where there are more surviving coins in viable collecting condition than we have buyers for them. We are seeing this play out at present within many collecting categories. Type gold from the 19th and 20th centuries, classic commemorative coins of the early 20th century, and even perennial favorites like the Morgan and Peace dollars have failed to deliver on the hype that propelled them to peak prices at the height of the certified coin boom. 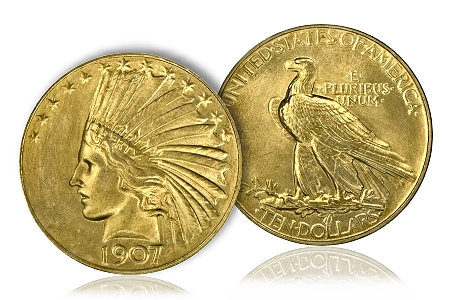 One reason for this is that our ability to appreciate the quantity and condition of what material survives for each date and issue has evolved significantly. This understanding is not without its flaws, however. The “crackout”, or “upgrade”, game has obfuscated the data in ways apparently unforeseen by the system’s early adherents and practitioners. In the short term, this scheme has been a major driver of profits for the industry, but in the long term, fuzziness in the industry’s grading system is detrimental to the sustainability of the market. Over the course of the past decade, I have found it increasingly difficult to discuss coins that come to market without facing a major dilemma: do I discuss the easily discoverable fact that many of the coins featured in major auctions have appeared before–sometimes very recently–in lower-grade holders? Or do I ignore this and carry water for a practice that I believe is anti-collector and detrimental to the hobby?

That we operate in an industry that so often and so easily undermines its own credibility for short-term gain is illustrative of our lack of appreciation for just how encyclopedic the amount of information having to do with coins and coin transactions is online and how simple it is for sophisticated collectors to figure out what exactly is going on. Of course, there are remedies to this issue, but they involve the adoption of more formal standards of grading and, I believe, a hybrid approach where advanced artificial intelligence grades coins based on technical merit while human experts take factors such as eye appeal and market worthiness into consideration. Such an approach will be costlier, but in the long run it has the potential to smooth out many of the sins of our industry’s past. Technology that can revolutionize our industry exists and would be readily accepted by the market if it could demonstrably improve the product… the product being “certified coins”.

THE WAYS IN WHICH we communicate the story of money have evolved as well, with online websites drawing more visitors and consumers of content than our print publications. Despite being a producer of online content and understanding the full scope and capabilities of what is possible in that space given sufficient resources and manpower, I firmly believe that print media has a necessary role to play in the furtherance of the hobby.

While this might seem to be a controversial statement, I believe that no print periodical in the marketplace is the equivalent in quality or prestige to the ANA’s Numismatist. And while I feel that the ANA would do well to keep abreast of technological trends and adjust its online presence accordingly, the best avenue for the ANA to follow is not online, necessarily, but is instead a wider distribution of The Numismatist. To do this, the ANA should analyze the cost of increasing its print run so that it can be sold on newsstands at airports, in major bookstore chains, and maybe even distributed to medical and legal offices in major markets. The increased reach of physical copies of the ANA’s standard has the potential of reigniting the public’s interest in our hobby and would help the association attract newer, younger members to replace its aging membership. Once these new, younger collectors come into the fore, then the follow-up incentive to stay involved comes from online education, online community, and the ability to take advantage of the ANA’s culture of promoting what is good about the hobby through digital means – with the goal of bringing the experience of an ANA show to its members, if not in person, then at least on the internet.

ANOTHER WAY that digital technologies will shape our industry is through the democratization of content.

The days of any one company having a monopoly on technology, technique, or talent to create content for the online space is over. Craft, expertise, and the purveyance of good information are important to the industry, but there is no stopping the existing and inevitable onslaught of amateur videos, podcasts, blog entries, and other forms of content that will be created about coins. The industry can either exploit this fact or develop a strategy to create organic content that is factual, helpful, and supportive of the market. It is easy enough to create buzz about copper 1943 cents by posting a video purporting that one can be found under your sofa; it is much harder to create content that gives our potential fellow hobbyists accurate and actionable information based in reality. To this end, I believe that, as an industry, it is incumbent upon us to give collectors compelling content that is higher in quality than the amateur content one finds online and to dedicate the resources necessary to support platforms that have a track record of reaching people.

IN SUMMARY, the effort that will be required of us to propel the hobby and the industry forward may be simpler to conceive than it will be to carry out. In truth, there are a number of potentially great ideas that industry veterans have shared with me that could have an enduring impact on the coin hobby, but capital resources for innovative ideas are scarce enough that we will have to pick and choose carefully which directions to pursue. Better cooperation between our industry’s major institutional firms, trade publications, and clubs and associations will be vital to push new ideas forward. I say this not only because I, as the editor of CoinWeek, have a stake in the continued support of the market, as do my colleagues at Coin World, Numismatic News, and CDN Publishing, but because it stands to reason that one of the key roles we play is providing collectors a rationale for not only taking an interest in the hobby but also to support new innovations as they come online.

The simple fact is that the face of the hobby is changing, and in order to entice the next generation of collectors to move it forward, we will need to continuously innovate. That innovation will need to come in many forms, and as an industry, we have no less of a need now to create products and services that are transformative of the hobby as when numerical grading, third-party grading, and authenticity guarantees came to the fore.

It is past time for us to shift our “recruiting” focus in the hobby. It is neither recent retirees nor youngsters just learning about coins that need the most attention. It is my generation, Generation X. We are the target demographic. We need to be understood, and the products and services that the industry offers need to rise to the level of sophistication that we are accustomed to. For better or for worse, we are the creators of the current internet culture and the original purveyors of its content. Our industry would be well advised to accept this fact and quickly figure out what makes us tick and what might motivate us to enter into and change the numismatic marketplace.

Heretofore, much of what has been marketed to us in the form of modern coins has been superficial, cynical even. This will need to change, because, without Generation X, the rare coin market and its supporting industry are heading for a long winter, a continued shrinking of the pie, and, possibly, a repeat of what befell the philatelic marketplace.