During the 1980s, the Deutsche Bundesbank issued a new series of banknotes, which included famous German artists and scientists as a way to honor their life and work

One banknote that displays multiple musical instruments is the Federal Republic of Germany 100 Deutsche Mark (German Mark). A simple but attractive note, especially to any musician, was first issued in 1989 by The Deutsche Bundesbank. The note was issued again in 1996 with additional security features, including a hologram foil in the center and a matted printing of the denomination on the obverse. On the front is a Lyre, similar to a harp, and on the back, tuning forks and a grand piano. The focal point is a portrait of a young Clara Schumann, a German composer and pianist in the 19th century. 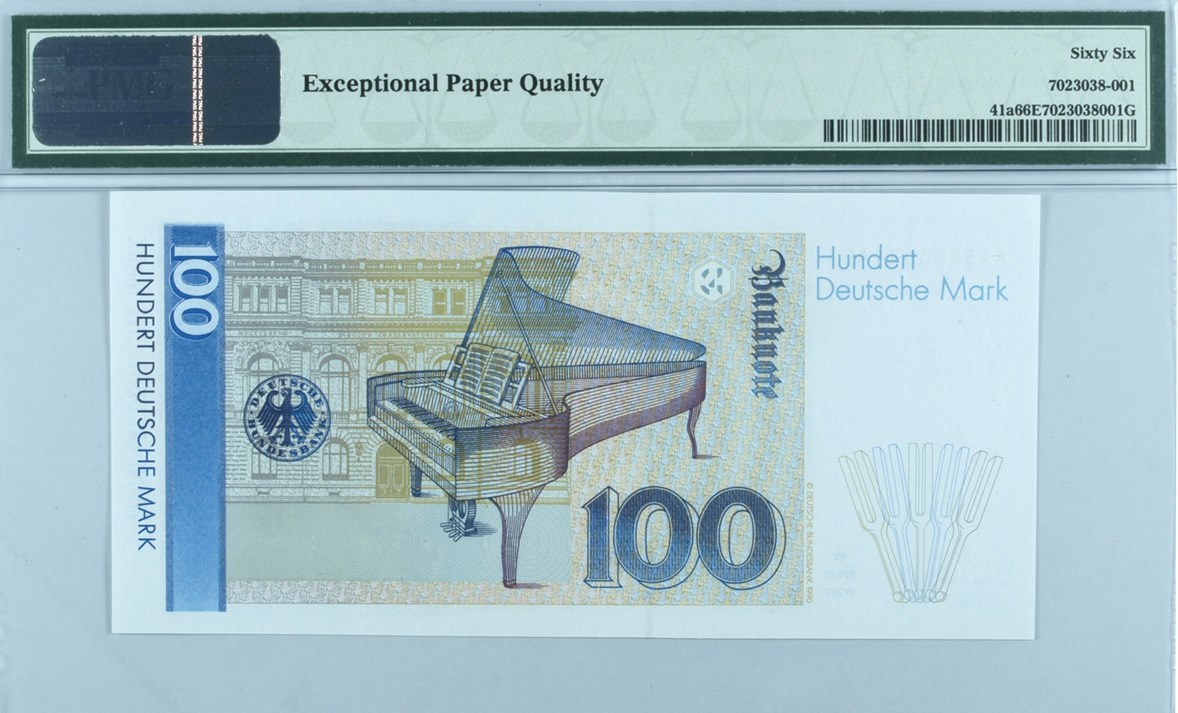 Born Clara Josephine Wieck in 1819 Leipzig, Germany, her life and career as a musician started at a very young age: one that would last six decades and would lead her to become one of the most distinguished pianists of the Romantic era.

Taught by her father, Clara received daily lessons in piano, violin and theory that would last for hours. This strenuous schedule would prepare her for her first solo piano concert at the age of 11. By the mid-1830s, Clara was composing her own arrangements and was making a name for herself throughout Europe. She caught the attention of several leading musicians of the day, and at the age of 18 was named a “Royal and Imperial Chamber Virtuoso”, the highest award given to a musician in Austria. This was an incredible accomplishment due to her young age and the fact that very few women performed music publicly.

Clara’s father had a talented piano student named Robert Schumann. He became involved with Clara, despite his objections. The two would marry in 1840, started a family and continued their musical journeys together. They even shared a musical diary, where they would write about music they heard that day from other musicians. 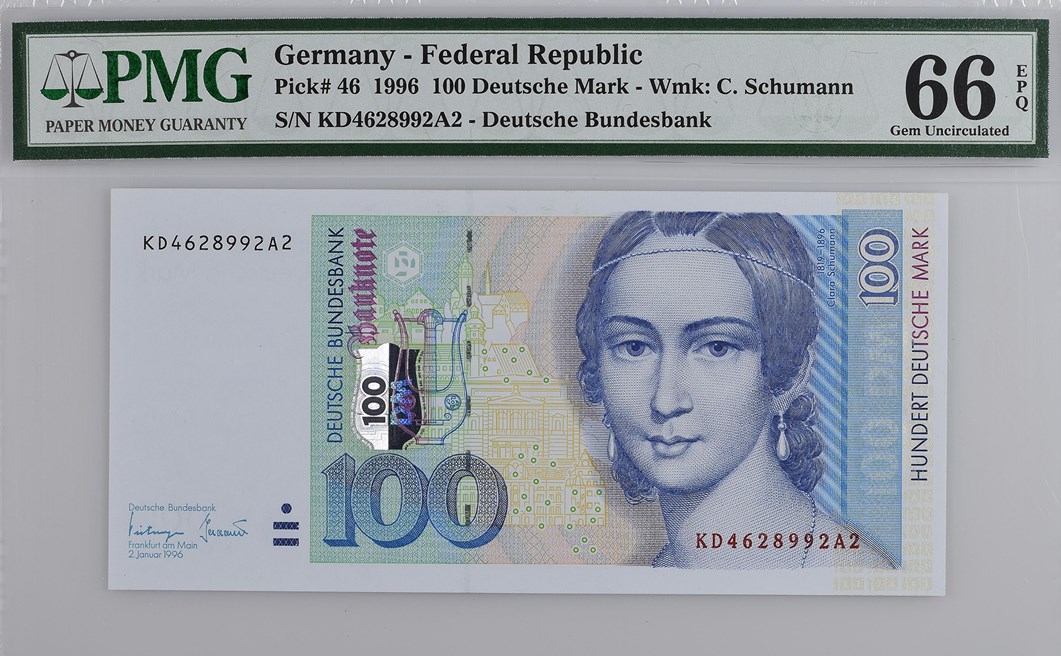 Robert’s career as a pianist was short-lived due to a hand injury, so he focused his energies on composing. Clara was an integral part of getting her husband’s music out to concert-goers. She would often perform his compositions on piano over her own. This would continue well after Robert’s death. Clara would play from memory instead of reading from sheet music, being one of the first to do so in concert. She would also play pieces by Bach, Mozart and Beethoven and change the arrangements to appeal to her listening audience, making the music more relatable and enjoyable.

It was during the 1980s that the Bundesbank issued a new series of banknotes, which included famous German artists and scientists as a way to honor their life and work. Buildings in the background on the front of the note had significance to the person, such as their place of birth, death or place of work. The back of the note shows their craft, such as Clara’s piano. The buildings on the front of this note are of historic Liepzig and on the back the Hoch Conservatory in Frankfurt, Germany. This where Clara taught piano to many aspiring musicians later in her life from 1878 to 1892. She would pass away from complications of a stroke in 1895 at the age of 76.