In this edition of Big Things, we take a look at a variety of events, historical and numismatic, that have taken place at the United States Mint during the month of September over the course of its 229-year history. One interesting recurring motif is the effect of yellow fever on the Mint’s operations during the first half-century of its operations.And while not necessarily occurring “at the mint”, the sinking of SS Central America–truly a significant event for American numismatics–also happened during this month.

September 1, 1797: Facing another major outbreak of yellow fever, and with the Mint treasurer having fallen ill, Director Elias Boudinot issues an order to close the Mint. September 1, 1799: As a precautionary measure, the U.S. Mint closes during “yellow fever season”.

September 5, 1990: In a display of glasnost, Mint Director Donna Pope, U.S. Treasurer David Ryder, and Director of the Bureau of Engraving and Printing, Pete Daly, embark on a weeklong visit to the Moscow and Leningrad Mints as part of a diplomatic tour.

September 6, 1901: President William McKinley is shot at the Pan-American Exposition by anarchist Leon Czolgosz. McKinley lingers for eight days before expiring on September 14. September 12. 1857: SS Central America sinks miles off of the North Carolina coast, taking with it 200,000 pounds of gold. The sinking and loss of massive amounts of gold contribute to the Panic of 1857.

September 13, 1934: The Mint declares all gold coins on hand “uncurrent” and begins the process of melting them down into “dirty” gold bars. September 19, 1793: In the face of a yellow fever outbreak that claimed the life of Joseph Wright and his wife Sarah, Chief coiner Henry Voight and his staff leave Philadelphia. The Mint would stay closed until November 13. September 22, 1795: The mint makes its first delivery of gold eagles.

September 24, 1869: President Ulysses S. Grant orders the release of $4,000,000 in gold, mostly in the form of double eagles. Grant undertook this measure to squash a gold premium that had emerged as the result of a speculator scheme hatched by Jay Gould and James Fisk. 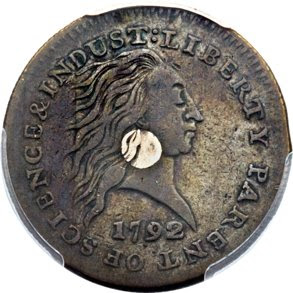 September 30, 1803: Mint closes due to an outbreak of yellow fever. September 1886: The moratorium on striking nickel 5-cent coins is lifted. Production of the denomination resumes.

September 1962: The Philadelphia Mint only strikes one cent coins for the duration of the month.

September 1986: The Mint holds a first strike ceremony at the West Point Mint for the American Gold Eagle bullion coin.