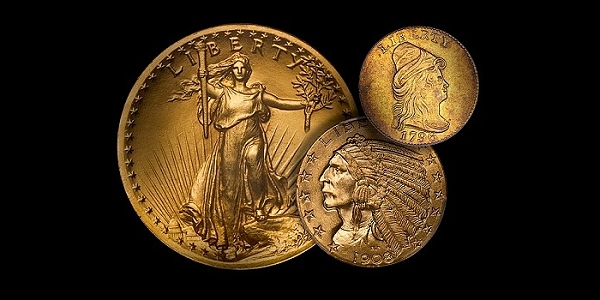 Not everyone can afford unique coins in top condition, but supply and demand are important and Coin Rarity are important

The sale last year of the extremely rare 1854-S Half Eagle for over $2 million brought back memories of the 1982 auction of the Eliasberg gold coin collection. That sale also included an 1854-S Half Eagle and was the last time before last year that one had sold at auction. The Eliasberg sale, which wasn’t called that at the time, was truly a once-in-a-lifetime opportunity to purchase incredibly rare coins. I recently had the opportunity to examine the 1894-S Half Eagle Coin Rarity from the Eliasberg collection. The coin is one of the most stunningly preserved gold coins in existence. It is a testament to the incredible breadth and quality of the coins that were sold in October 1982.

I attended the sale in New York City that fall. The rare coin market had been on its knees that summer and was only beginning to recover. The Eliasberg sale blew the market out of its doldrums, largely with the help of deep-pocketed investor Hugh Sconyers, and coin prices continued to rise for several years afterward.

Bowers & Merena conducted the Coin Rarity auction, and a bank letter of credit was required to bid. This was understandable, as the recent sharp drop in bullion prices had left quite a few rare coin dealers in difficult financial positions. Unlike today, most of the rare coins sold at auction in the 1980s were purchased by rare coin dealers. I recently dug through my library and found a copy of the 1982 Greysheet with a cover story on the sale of the Eliasberg gold coins. The article described prices realized as “very, very strong” and fierce bidding in all sessions. The following are just a few of the coins cited in the article:

Thirty years later, these Coin Rarity prices seem like incredible bargains. Many of these coins would easily sell for $1 million-plus today, and most have increased by at least 10 times. Unfortunately, we cannot go back in a time machine to make these wonderful Coin Rarity purchases. We can, however, use the Eliasberg sale as a lesson in collecting.

The Nov. 5, 1982, edition of the Coin Dealer Newsletter (the Greysheet) from which this information comes contains quite a bit of fascinating information about coin prices at the time. Gold was trading for $428 per ounce and silver was pegged at $10.52. Below are the wholesale bids for some commonly traded coins in November 1982:

It is hard to believe that these commonly traded issues have performed so poorly as investments. This list is not an aberration or a selection of the worst-performing issues. A careful study reveals that nearly every issue with large numbers of known examples did poorly over a 30-year period. Coins that were very or extremely rare, however, saw tremendous price increases. This probably can be best explained by simple supply and demand.

As the number of collectors increases, the demand for Coin Rarity or extremely rare coins increases as well. The same can be said for common issues, but the supply always seems to be large enough to meet demand. It would take a huge increase in demand for common-date Saint-Gaudens Double Eagles to make them rise in price significantly. But it would not require very many new collectors of the 1908-S Double Eagles series in MS 64 to see its prices rise. The same can be said of common-date Morgan Dollars versus rare issues.

Not every collector can afford to buy the rarest of the rare in top condition.

Everyone, however, can focus on buying the best they can afford and concentrate on Coin Rarity whenever possible.

More recently, serious collectors have been focusing on building sets to compete in the set registry programs like NGC’s. Many of these collectors pay staggering sums to buy top-graded coins for a leg-up on the competition.

I would suggest that collectors always consider Coin Rarity when buying a coin for their collection. A “finest known” of a common coin today could be eclipsed easily by another example next week.

This is much less likely to occur when the coin involved is truly rare.

Regardless of the series you collect, you should focus your major spending on rarities. This strategy has proven successful for the last 40 years, and my guess is that it will work for another 40!