The New Orleans Mint was one of the first three original branch mints established by the United States Mint in 1838. Throughout its history of making coins, much of the bullion used for coinage production came from foreign coin deposits – often in the form of Mexican coinage. Yet, while the New Orleans Mint’s sole task during most of its years of operation was to produce United States coinage, there was one exception: the Mexico 1907 20 Centavos coin. The first priority of the United States Mint was to produce circulation coinage for domestic commerce, but the U.S. government began accepting contracts in the 1800s to produce coins for other nations. These contracts were often quite lucrative, with various foreign and private mints seeking out this work. While the U.S. Mint went on to produce more than 1,000 different coins for over 40 countries, only one such coin was produced at the New Orleans Mint.

The contract to produce Mexican coinage began at the United States Mint in 1906 with the production of 1906-dated silver 50 Centavos struck in San Francisco and 1906-dated 5 and 10 Pesos gold coins produced at the Philadelphia Mint. In 1907, Mexico continued to have the United States produce its coinage, with the Denver and San Francisco Mints striking a cumulative 14,841,000 50 Centavos coins. The 1907 20 Centavos were assigned to the New Orleans Mint to produce.

The dies were provided by the Mexico City Mint; the coin features the “M” mintmark for “Mexico”. The New Orleans Mint produced a total of 5,434,699 20 Centavos coins for Mexico. Just two years later in 1909, the New Orleans Mint struck its last coins and closed its doors for coinage production.

The Mexico 1907 20 Centavos coins feature two different varieties. On the “7” of the date, one variety features a Straight 7 and another exhibits a Curved 7. The Curved 7 varieties are those coins struck by the New Orleans Mint, while the Straight 7 pieces are minted in Mexico with a mintage of four million. Both varieties are also found on 1907 50 Centavos coins, but they are not known to be identifiers of which mint produced them. 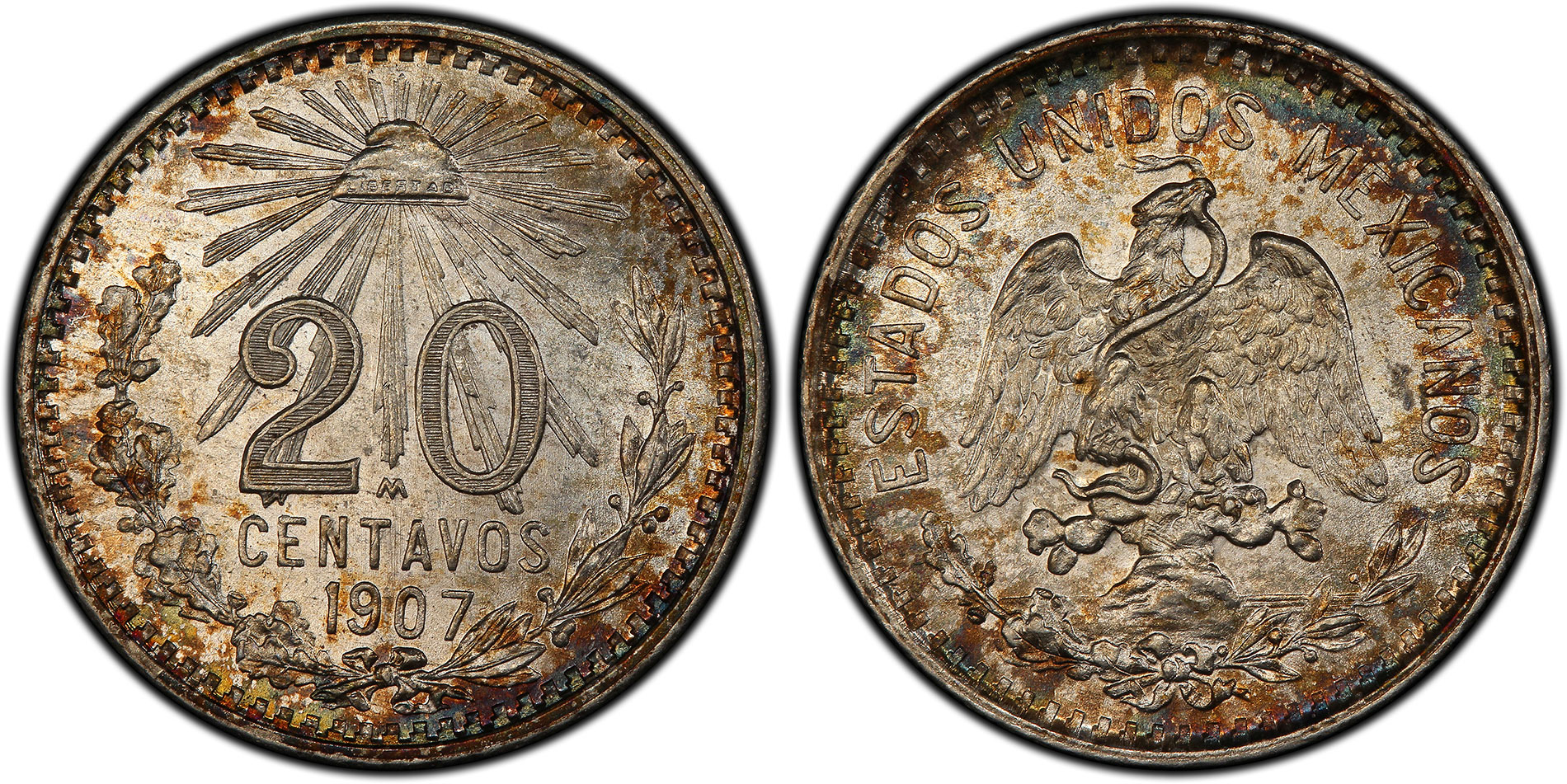 The Mexico 1907 “Curved 7” 20 Centavos coin is the only non-US coin produced at the New Orleans Mint. While it may not be as numismatically significant as many other coins produced in New Orleans, it does symbolize a significant output that reached an international stage before its mint of origin ended coin production just two years later.