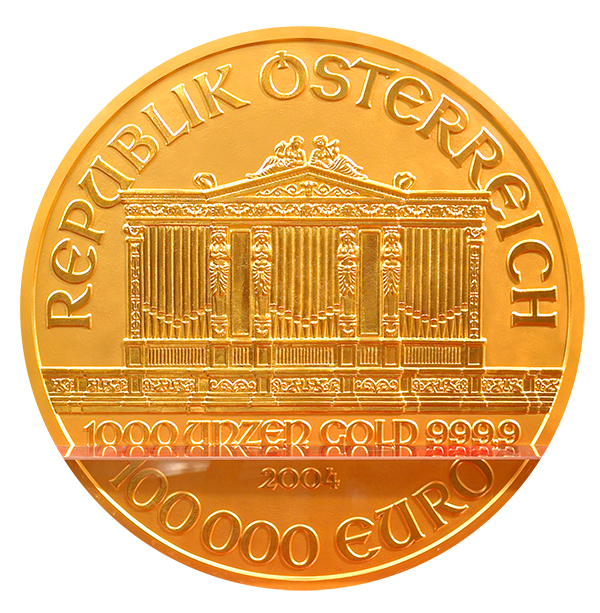 In 2004, the Austrian Mint celebrated the 15th year of its successful Vienna Philharmonic gold bullion coin program by producing 15 1,000-ounce versions of the popular Euro gold coin. The coin–nicknamed “Big Phil“–was presented to the public in grand style by Vice-Governor of the Austrian Central Bank, Wolfgang Duchatczek.

The coins were too big to be manufactured on standard coining presses, and were instead sculpted by computer and finished by hand. CoinWeek’s image of the obverse and reverse of the coin are derived from photographs provided by the Austrian Mint. The reflective line that appears in both images is from a custom-fitted lucite coin mount.