As someone who sells a lot of coins, I have some selling tips/tricks/thoughts that I’d like to share, specifically about selling your coins.

Don’t Get Into a Forced Sale Situation 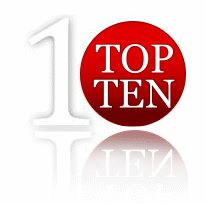 When it comes to buying coins, most people (dealers and collectors) are sharks. If they know that you are in a situation of desperation, it is likely that they’ll take advantage of you. The worst thing that you can do as a seller is to tell someone–even someone that you have a “close” relationship with–that you have to sell a coin and that you need a fair offer. In my experience, selling your coins in a forced sale can cost you 20-30% or more.

Ideally, you want a sale of an individual coin (or collection) to take at least 45-60 days; possibly more for an in-depth specialized collection. That will give you enough time to prepare the coin for sale, market it, and give the buyer time to pay if this becomes a factor.

Pick the Right Time for Selling Your Coins

Although the internet is blurring the traditional coin seasons, the two best times of the year for selling your coins are still around the FUN show in January and at the summer ANA in July or August.

This holds true for selling a coin yourself, on consignment, or through an auction. You are likely to do better when people are in the mood to buy coins; not when they are preoccupied with summer vacation or preparing for the Winter holidays. Send Your Coins to CAC

I don’t subscribe to the theory that you “have to” buy CAC coins and nothing else. If you are a savvy, educated buyer you should be able to discern what is nice and what isn’t within your specialty.

But when you are selling your cons I think it does make a difference to have a CAC sticker. I think the best thing about CAC is that it instills confidence in buyers and makes a coin more liquid. I certainly notice that CAC coins at auction tend to sell for more money than non-CAC, and appear to sell to retail buyers/end-users more often than non-CAC coins.

Strike While the Iron is Hot

Let’s say you read about an auction that contains some great Liberty Head eagles that bring very strong prices. You own similar coins. Should you turn around and sell as soon as possible?

Yes and no. Sometimes you get lucky and can find the underbidder who just missed out on a record-setting coin. But more often than not he was an underbidder who might not feel so good about the level he was at a second time. As a seller, replicating an all-time record price can prove difficult. But it might be worth an effort to at least experiment, no?

This sounds silly, but dirty, scratchy slabs can cost you money. Let me give you an example.

About a year ago I saw an interesting gold at an auction. Well, I sort of saw it; the holder was so scratched up you literally couldn’t see the surfaces of the coin. I took a chance and bought it, mainly because it sold so cheaply, then sent it to a grading service to be re-holdered. Lo and behold, it was actually very nice. It later got a CAC sticker and I sold it for a good profit; all because it looked great in its new holder.

OK, I’ll be the first to get up in front of the group and admit that I’m an Old Holder-aholic. I get excited by coins in older PCGS and NGC slabs and tend to overpay for them; as do most dealers. But for a seller, there’s a catch to this, which is why I put the “sometimes” after the statement.

It’s probably not going to happen to you, but what if the lowly 1794 cent you just sold to another collector across town turned out to be a $35,000 rare variety? That’s going to make you feel just great, right?

Take a few minutes and attribute your coins. If you don’t know how, then send them to NGC’s attribution service or have a trusted collector friend do it for you.

Have an Emergency Plan

Life is full of unexpected turns. Have you fully planned what would happen to your coins if you were to suddenly die or become incapacitated? You obviously don’t want your wife walking into the local pawn shop and getting taken advantage of. Make it easy for her or your heirs and leave explicit instructions on how to dispose of your coins.

True story: a few years ago, a good client of mine passed away without a will and without leaving instructions on how to dispose of his coins. He was a secretive guy so I’m assuming the invoices for his coins weren’t around and he peeled my inventory stickers off the back of the slabs which indicated what he paid. The coins were left to his sister who proceeded to take them to a “road buyer” at a local hotel. I would have paid close to a million dollars for the coins if she had called me. I’m told the road buyers paid her somewhat less than $200,000.

Do Your Due Diligence When it Comes to Pricing

Depending on the types of coins that you are selling, it should be possible to price your coins. But there are important things to consider.

In certain series, PCGS coins sell for premiums over NGC coins. Are your coins worth a premium? Is your coin approved by CAC and, if so, does this make a difference? Do you own a coin that’s currently “hot?” Is your coin high end for the grade?

Common issues and generics are easy to price. Rare coins and very rare coins can be very difficult. Examine recent auction records. Are they consistent or all over the place? Has there been a comparable coin that has sold at auction in the last year?

If you have an extremely rare coin, it is probably best to put it in an auction. But specialist dealers can be a great resource for selling rarities as well and they may be able to help you maximize the prices you get.

Leave a Little Bit on the Table for Everyone

Everyone knows them, and no one likes them. I’m talking about sellers who want to squeeze every last dime out of every transaction when selling your coins and make each sale an ordeal.

When I sell coins to other dealers I intentionally try to leave a little room so that they can make money on what they’ve just bought. This makes them happy and it makes them want to buy more coins from me in the future.

When I buy from collectors I try to be extra fair and pay the most that I can while still leaving some room for myself to mark up the coin and resell it.

Do you have any tips for selling your coins? If so, I’d love to know what they are and for you to share them with me. Please add them at the end of this blog or email them to me at [email protected].