Big things are always happening at the United States Mint, but the month of April sees the beginning and end of some very important moments in American monetary and social history. You can’t get any bigger than the passage of the Mint’s founding documents, can you? Similarly significant are the seizures of three Mint facilities by the southern states in rebellion at the start of the Civil War. Major coin designs are introduced in April. Legislation authorizing a number of commemorative issues wound its way through Congress this month. We also see major hires and retirements.

Without any further adieu, here’s a CoinWeek snapshot of a month in American money.

April 1, 1807: John Reich hired as the assistant engraver and begins work designing a new coinage series. His salary was set at $600 per year.

April 1, 1873: The Coinage Act of 1873 takes effect. On the same day, President Grant appointed Coinage Act author Henry Linderman to the position of Director of the Bureau of the Mint.

April 2, 1792: Coinage Act authorizing the establishment of the U.S Mint is signed into law. April 2, 1799: Matthew Boulton writes to Mint Director Elias Boudinot to inform him that he was unable to ship planchets to Philadelphia because the waterways in Wales were frozen over. He also noted a 20% rise in the price of copper due to the French Revolution and increased demand for military use.

April 2, 1807: Patterson informs President Jefferson that Reich is at work to redesign the coinage. He states that no eagles have been struck in 1805-1806.

April 4, 1891: Mint Director Leech issues circular to artists of the United States, inviting them to submit designs for a proposed new coinage. 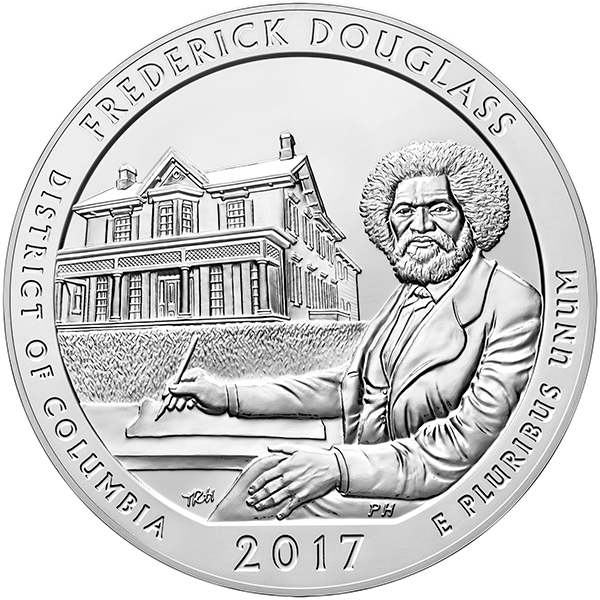 April 4, 2017: U.S. Mint releases the 2017 Congratulations! Set, which included a 2017-S American Silver Eagle Proof. Mintage was limited to 75,000 pieces. With no household order limit, the set sold out in two minutes.

April 5, 1836: Diplomatic Proof Set including 1804 novodel dollar and $10 gold piece delivered to the King of Siam by Ambassador Edmund Roberts. April 5, 1933: President Roosevelt signs Executive Order 6033, which calls for the surrender of all privately held gold bullion and Gold Certificates to the government. Despite this order, the Philadelphia Mint would go on to strike 200,000 double eagles between April 7 and 27. April 11, 1973: U.S. Mint’s special coins and medals employees and computer employees move to the Old Mint building at Fifth and Mission Street in San Francisco to work in accordance to Public Law 92-362 (August 4, 1972), which called for the adaptive use of surplus historical structures.

April 12, 1797: The Mint signs an agreement with the Bank of the United States to provide for the deposit of gold and silver for coinage. The Bank agreed to supply the Mint with $10,000 in silver and gold and replenish America’s coinage factory for every $3,000 delivered.

April 12, 2021: The Mint announces that Sally Ride and Maya Angelou will be the first two women featured on the new quarter series.

>April 13, 1904: Act authorizing the production of the Lewis and Clark gold dollar signed into law.

April 13, 1936: President Roosevelt signs into law legislation authorizing the production of the Long Island half dollar

April 15, 1878: Mint Director Linderman reduces the price of the 1878 Silver Proof Set to $4 at the request of Mint Superintendent James Pollock. Can you imagine? 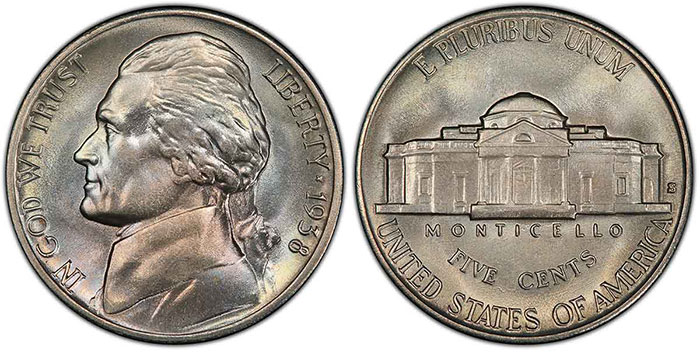 April 15, 2020: Coin production at the West Point Mint suspended due to the COVID-19 outbreak. The facility reopened in a limited capacity on April 21.

April 18, 1873: The Carson Daily Appeal newspaper reports that Mr. Rosser had placed three 1873-CC Seated Liberty dollars into the cornerstone of the Rosser building. Coins were recovered around 1973. April 20, 1876: Silver coins and legal tender notes become exchangeable at par, leading to the release of coins that had been held back since 1862.

April 21, 1862: Congress passes Act to authorize the establishment of a branch mint in Denver, Colorado for the coinage of gold. April 22, 1864: The Coinage Act of 1864 is signed into law. Change of composition of the cent and production of a Two Cent coin is authorized. In God We Trust adopted as a motto for the TWO CENT piece. Production of the Two Cent piece begins at the Philadelphia Mint.

April 22, 1896: Government purchased land to be used to construct the Denver Mint.

April 22, 1936: Lynchburg half dollar authorization bill introduced in the Senate.

April 27, 1972: Mint distributes a special order of 40% silver Proof versions of the White House medal to wives and relatives of members of Congress.

April 27-28, 2001: Mint initiates an investigation into employees on suspicion that employees were smuggling mint errors and unreleased coins out of the facility after a Vermont quarter was found in circulation before release. A sweep of employee lockers on April 27-28, turned up overstruck coins and rolls of Sacagawea dollars. April 1820: Steam engines go into use at the Philadelphia Mint.

April 1853: Mint adds arrows to silver denominations to denote a change in tenor.

April 1879: Due to a lack of deposits, Washington officials inform Carson City Mint Superintendent Crawford to cease coinage operations and lay off workers.