When one thinks of boom and bust cycles, the word “investment” usually comes to mind. A broader view is to consider popularity. Various series wax and wane in demand, and different factors in the market can take precedence at different times. One of the great things about numismatics is that it seems that there is always something rising in value, even as prices and demand for other series may go down.

As one considers the booms and quiet periods of the coin market from the turn of the 20th century to the present, it becomes apparent that the strongest times reflected peaks in interest and enthusiasm of collectors. This is logical, of course. The more people seeking coins, the more dynamic the market will be.

Today in 2021, coins that are very available in, say, MS-65 grade, but for which very few have been certified in ultra-high grades such as MS-68 or MS-69, can bring high prices. A few decades ago, most people would not have paid too much attention to whether, for example, a 1952-D Washington quarter was in MS-65 or MS-69. While the higher grade might have been considered slightly better, the main objective was to obtain a “nice” example for a collection, and a Gem MS-65 would do just fine.

I am of the old school, where high grade is desirable but not of the highest importance. I think that an 1877 Indian Head cent is rare and desirable in any grade from About Good-3 on up, while a 1907 Indian Head cent is common in just about any grade. These seem to be facts. However, today, a VF-20 1877 Indian Head cent will attract less attention than an MS-67 1907 cent, if only five of the latter have been certified at that grade (as is the case with the latest report). To me, this would not be all that important, but everyone collects in their own way and values things differently. Of course, I am pleased when someone consigns one of these top population coins to auction, as then I know there will be a lot of bids and the lucky buyer will be excited to attain their goal. A coin market survey of the early 1900s showed that encased postage stamps and Hard Times tokens were high on the popularity list. At the same time, a Mint State 1893-S Morgan dollar would have attracted very little interest. It seems that fewer than a half dozen numismatists collected Morgan dollars by mintmark varieties, although collecting Philadelphia Mint Proofs was popular. This is certainly strange to contemplate today!

From 1900, coin values rose fairly steadily until the Great Depression hit, slowing the momentum some. However, the popularity of commemorative coins during the 1930s helped to sustain and even increase values, as did the advent of the first regularly-issued price guide, the Standard Catalogue, published by Wayte Raymond in 1934. Commemorative half dollars became dynamic in the marketplace, carrying all coin prices upward. The national Depression had little, if any, adverse effect on numismatics! In 1934, J.K. Post of Neenah, Wisconsin, published coin folders that were widely sold in hobby shops. This line was picked up by Whitman. The rest, as they say, is history. For many during these challenging economic times, coin collecting was a hobby that could be done at home at nearly any budget, even from pocket change.

A boom in coins took place starting in 1943 when consumer goods were scarce and cash was plentiful. The market became quiet after World War II, but this changed dramatically, beginning with the publication of Dr. William H. Sheldon’s Early American Cents by Harper in 1949. In addition to treating cents from 1793 to 1814, it introduced two concepts that would forever change numismatics: a grading scale or system and a pricing formula based on this. In the 1950s and ’60s, most advanced collectors had Whitman folders with various sets including cents 1856 Flying Eagle to date, nickels from 1883 Liberty Head to date, silver Barber dimes, quarters, and half dollars from 1892 to date, and, for fewer collectors, Morgan and Peace silver dollars. Raymond (National) album pages with celluloid slides were also popular. The idea was to have as many full sets as possible, with the grade of coins not being as important. A typical pair of Whitman folders for Lincoln cents, 1909 to 1941 and 1942 to date, would have most coins dating back to the mid-1930s in Mint State plus, in many instances, a Mint State 1909 V.D.B. (the other pieces would be circulated). Many of the coins needed could still be found in circulation.

In one afternoon in the mid-1950s, by exchanging rolls of half dollars at the Forty Fort (Pennsylvania) State Bank, I worked on filling Whitman folders for Liberty Walking half dollars. I found duplicates of some scarcer issues such as the 1917-S obverse and the coins of 1921. Rarest was the 1938-D. Most area banks had 1,000-coin bags of silver dollars in their vaults that could be looked through and cherrypicked for desirable pieces, although Carson City coins were seldom seen. I enjoyed this pursuit as well, but after finding nearly a dozen Mint State 1928 Peace dollars I stopped saving them as the face value was mounting up! My purchase funds were modest at the time. Sometimes a single coin issue could create waves in the market and many collectors and dealers would get on board. The 1950-D nickel created a sensation with its low mintage, launching a strong decade of collecting and investing. In 1955 the Doubled Die cent attracted all kinds of attention and became very desirable, as it still is today.

In 1960 there were two dynamic influences on the coin market that attracted countless new participants. The 1960 Small Date Lincoln cent was made in relatively small quantities. A $50 face-value bag sold for $12,000, which made national news, causing a sensation and a mad rush to search for such pieces. In Ohio, the Sidney Printing and Publishing Company, which printed Linn’s Stamp Weekly on contract and watched its dazzling success, decided to launch its own hobby magazine. Coin World was the result after they had also considered the subjects of antiques and bowling.

The launch of the Kennedy half dollar in March 1964 engendered nationwide interest with the result that they were hoarded widely. Hardly any reached circulation; in fact, I don’t recall ever seeing one in pocket change! In 1965, earlier silver coins became very popular to hoard and collect as the Mint switched to clad coinage emphasizing nickel metal. In the 1970s the coin market remained strong, although there were always highs and lows during any given time period.

In 1979, all bets were off and the sky was up for grabs as the first of four sales of the Garrett Collection was auctioned by Bowers and Ruddy Galleries. The collection had earlier been appraised for $8.9 million but by early 1981 when the fourth and final sale crossed the block, the realization was close to $25 million! Prices guides could be thrown out the window. Veteran dealer Abe Kosoff, who wrote a popular column in Coin World, stated that the prices were absurd, not at all representative of the marketplace, and that they would not affect the market. That proved to be hardly true, and values went upward and onward. The 1980s continued the market strength. In 1982, John W. Adams’ incomparable collection of 1794 copper cent die varieties was offered for sale at fixed prices in an illustrated catalog and was mostly sold out in a short time. The advent of certification services in the late 1980s, quickly dominated by the Professional Grading Service (PCGS) and the Numismatic Guaranty Corporation of America (NGC), added a new dimension to the marketplace. These services made possible the tracking of grade information, as well as adding to consumer confidence by providing an objective grade and a sealed holder.

Within my own firm, we were thrilled to offer important collections that came to us in this decade. These included pieces from the Virgil Brand estate as well as The United States Gold Coin Collection, which featured the gold coins from the collection of Louis E. Eliasberg, Sr., the only cabinet to ever be complete by date and mintmark with every issue from the 1793 half cent to the 1933 double eagle. In a series of three impressive events in 1987 and ’88, we sold the collection formed by Emery May Holden Norweb and the Norweb family. Such name sales and rarities re-entering the market caused a lot of excitement and brought even more enthusiasts into the hobby.

The decade of the 1990s maintained the market momentum. In fact, in modern times there has never been a setback in the market, although some times have been stronger than others. As the years went on, new collectors replaced the old. In 1996 and 1997 Bowers and Merena sold the silver, copper, and other U.S. coins from the Louis E. Eliasberg, Sr. Collection. As part of the May 1996 Eliasberg sale, the 1913 Liberty Head nickel from that collection sold for $1,485,000, the first coin to cross the million-dollar mark at auction. The following year, in April 1997, the Eliasberg Class I 1804 dollar would surpass that record price, bringing $1,815,000. For such important rarities, prices would continue to go up and up. 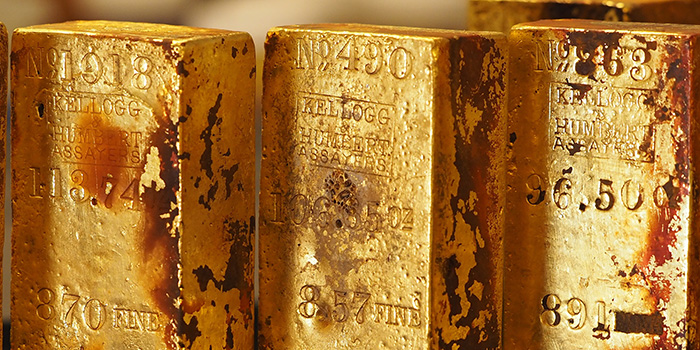 The new century saw more of the same as the market remained strong. The treasure recovered from the shipwreck of SS Central America, lost at sea in 1857, changed the gold coin market as thousands of high-grade double eagles and other coins and ingots were sold to numismatists and treasure aficionados. The history of the ship and the story of the adventurers who discovered the wreck appealed to many, and a traveling exhibit, the Ship of Gold, attracted huge crowds at numismatic conventions and other gatherings.

The biggest changes in the hobby at the beginning of the 20th century were brought about by the increasing role of the internet. Important coins, indeed entire collections, could be formed and sold completely online. New buyers and sellers came on board and existing numismatists and dealers adapted to the opportunities brought about by the new technology. The imaging was superb, with high-definition color photographs. A veritable convention could be held online! No longer did one have to travel in order to buy and sell! One could just as well sit at a computer in Nome, Alaska instead of being in a gallery in New York City. This facet of numismatics is ever-evolving, and in the challenging year of 2020, we appreciated all the benefits that the Internet brings to the hobby.

As I write these words in early 2021, the coin market remains very strong. Fine coins and collections reach many enthusiastic buyers. The market for certain items may wax and wane in the short term, but the long-term trajectory of the coin market has been upward. And, while I don’t have a crystal ball or any way to definitively predict the future, as I see it, the pace will continue.