Yes, the numbers are important, but they don’t tell the whole story

The United States Mint strikes billions of Lincoln cents every year. By any measure, that is a very common coin, and is probably not going to be worth much any time soon.

Recently, the US Mint produced 225,000 2017-S Lincoln cents with a special finish. These were produced for the 2017 Special Mint Sets struck to commemorate the 225th anniversary of the US Mint. That makes this issue one of the lowest mintage Lincoln cents ever produced. Many wonder: Will the 2017-S Lincoln cent become a classic like the 1909-S VDB. Also, does the low mintage of 225,000 make this coin desirable? These questions and others make for a great time to explore the subject of coin mintage figures.

Mintage figures are the number of coins produced each year by the United States Mint. The US Mint has kept records of coinage production since the first coins were struck in 1793 for general circulation. Unfortunately, these mintage numbers can be misleading, as dies from previous years were often used until they became worn or broken. This explains why the US Mint recorded 19,570 1804 Silver Dollars as being struck, yet none are known that were struck that year. All examples were made at a later date for presentation or for collectors. Undoubtedly, the 19,570 coins were all struck from 1803 Silver Dollar dies.

Mintage figures are also only the number of coins struck, and have nothing to do with how many have survived. Many early gold coins have substantial mintage figures, but are very rare today. The amount of gold in these coins was reduced in 1834, and gold coins struck before then were melted.

I was able to witness this first-hand by examining thousands of gold coins discovered from the shipwreck of the SS Central America several years ago. Of the thousands of gold coins in the hoard that was lost in 1857, not a single coin dated before 1834 was among the group. Many other coins with large mintages are considered great rarities today because of mass melting in the past. The famous 1933 Double Eagle is a great example: 445,500 were struck, and only 13-15 are known today. 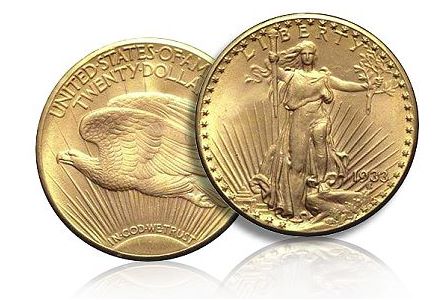 The mintage for early Proof coins is not exact, as these were made for collectors as needed. The final number struck was also not added to the year-end production numbers. The mintage figures for many early Proof US issues are based on guesswork gleaned from the number of known examples.

When doing research for this article, I consulted with the one person who spends more time on this subject than anyone: my longtime mentor, Ken Bressett. Ken is the editor of the Guide Book of United States Coins (the Red Book). The Red Book is the “go-to source” for mintage figures. The editors take the subject very seriously, and make every effort to obtain the most accurate information possible.

Ken related the following information to me about the subject:

There seems to have been very little interest in mentioning the quantities of coins made by the U.S. Mint prior to the 1930s. Mint records for all issues from 1793 on were preserved but they did not always accurately reflect the quantities made for each date on the coins. The earliest Mint records bulletin that I have is from 1951. I do not know if there are any earlier than that. This is titled: “Domestic Coin Manufactured by Mints of the United States, Since Organization to Include the Year 1950.” Later Mint reports reproduce the same charts shown in this publication.

As unusual as this may sound to today’s coin collectors, the mint letters on coins were barely understood prior to 1892 and not necessarily of any special interest to collectors and dealers before publication of “The Coinage of the United States Branch Mints” by A.G. Heaton in 1893.

I have not found any auction catalogs, price lists, or other mention of quantities of coins issued in any source prior to 1936. The most popular early source for mintage information was in the Wayte Raymond coin catalogues that were issued from 1937 to 1957, where he reproduced the identical charts shown in the Mint reports. However, Raymond was not the first to make use of this information. These charts are difficult to use because of their scattered grouping of coins by mint, and quantities expressed in total dollars, rather than actual numbers made.

As near as I can determine, credit for sorting things out and issuing a handy and usable listing goes to Charles E. Green, a prominent Chicago coin dealer in the 1930s. In 1936, Green issued the Mint Record and Type Table of United States Coins. In this book, which was issued and updated in several subsequent years, adjusted mintage figures were shown adjacent to each coin listed by date and mint.

It is interesting to note that the Wayte Raymond publications did not begin listing mintage figures until the year following the Green Record Book, and equally interesting is the fact that early issues of the Whitman Guide Book of United States Coins listed the Green mintage figures in a separate section at the back of the book rather than adjacent to each coin listing. And that Green was a prime contributor to the original Blue Book and Red Book. It was not until the 16th edition in 1963 that the mintage figures in the Red Book were moved to the body of the book beside each coin. Incidentally, I was the assistant editor at that time and made the adjustments. From that time on, several research helpers have provided information derived from Mint records to refine and clarify many of the numbers in Red Book listings.

In general, mintage figures do matter, but do not tell the whole story about a coin’s rarity and its desirability. The above mentioned 1909-S VDB has a low mintage for the series (484,000), but many were saved, as these were a first-year of issue. In spite of the coin’s high survival rate, the coins are expensive and very popular. The 1909-S VDB is considered the “key” to the series and is highly sought after by beginners and advanced collectors.

The 2017 Special Mint Set Lincoln cent has a lower mintage, but collectors may or may not decide the coin is essential to a complete collection for the series.

In recent years there has been a great deal of interest in the mintage for modern coins produced by the US Mint. If a coin fails to be popular with collectors at the time of issue, it may end up being very valuable due to its low mintage. The 1995-W Silver Eagle Proof is a great example.

Mintage figures are an area of numismatics that can be complicated, but well worth exploring to become a more successful collector.