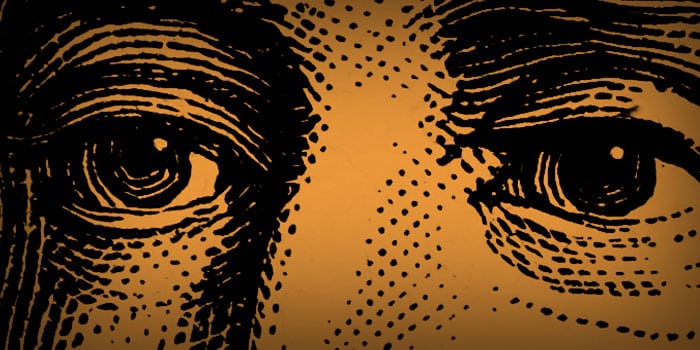 Commonly known as the “Mad King” who lost the American colonies, George III was, for most of his reign, a relatively successful monarch. Since his father died young in 1751, George III came to the throne when his grandfather George II passed in 1760. The new king was the first Hanoverian monarch to have been born in England and speak English as his first language.

The national coinage remained relatively consistent for the first half of George III’s reign until all coins underwent a major redesign following the unification of Great Britain and Ireland on January 1, 1801. However, due to the French Revolution and subsequent Napoleonic Wars, the British economy nearly collapsed at the beginning of the 19th century. To address this, George III oversaw the Great Recoinage of 1816, which introduced the standard Gold Sovereign and the introduction of the silver crown and half crown.

Pre-decimalization coinage is rather complicated, with denominations being added or subtracted over the years. The base denomination, the penny, is equal to four farthings or two halfpence. A shilling is worth 12 pennies, two sixpence, or four three pence, while a crown is worth five shillings or 60 pennies. A sovereign is worth 20 shillings, four crowns, or 240 pennies, and a Guinea is equivalent to 21 shillings or 252 pennies.

When George III came to the throne, the British economy was already flooded with counterfeit copper coinage. This problem was not resolved quickly, and after conducting a sampling of halfpennies in 1787, The Royal Mint found that only 8% of all circulating examples were genuine. Such an astronomical rate only compounded the issue of increasing copper prices, causing very few copper coins to be struck in the first half of the king’s reign. In 1775, The Royal Mint ceased striking copper coins entirely.

As a result of this dramatic downturn in official government production, an estimated 600 tons of unauthorized trade tokens were struck in and around Birmingham between 1787 and 1797. Despite not being legal tender, these tokens helped fulfill the nations’ economic demand for small change. As such, the government accepted their necessity, despite a 1672 proclamation suppressing private tokens.

Starting in 1797, all of George III’s copper coinage was struck exclusively by Matthew Boulton’s Soho Mint located in Birmingham. While being the inventor of the first commercially successful steam-powered coin press, Boulton won the exclusive minting contract primarily because of the argument that he would help reduce the rates of copper counterfeit coinage. Boulton claimed that his new steam press would be able to make coins that were “not only superior in beauty and workmanship to that of any Nation in Europe but also so manufactured … that counterfeiting will be prevented” (Selgin, 1).

It wouldn’t be until 1821, one year after George III died, that The Royal Mint would begin striking copper coinage again.

George III’s smallest denomination, the farthing, was struck in 1771, from 1773 to 1775, in 1799, and finally from 1806 to 1807. Throughout these years, the denomination had three main obverse designs. Obverse type 1, which depicts a right-facing laureate bust of the king wearing Roman military-style armor, was struck in 1771 and again from 1773-5.

In 1799, a series of small changes were made to the coin’s design. Firstly, the king’s bust was shrunk so it was not disrupting the obverse legend. Secondly, the laureate bust was draped in a Roman-style robe instead of armor, and, on the reverse, Britannia was now placed in front of the ocean.

The design, however, had two major innovations. One, the denomination was included for the first time on any official circulating English or British coins. Two, this was the first time that the date appeared on the same side as the royal bust.

Seven years later in 1806, The Royal Mint introduced the last farthing of George III’s reign. A slight redesign resulted in a less extravagant royal bust with George’s robes slightly more subdued and with the ribbons in the back of his laureate crown laying flat instead of being slightly windswept. On the reverse, the design remained mostly the same, though the denomination was removed.

The halfpenny was struck in 1771, from 1773 to 1775, in 1799, and from 1806 to 1807, with a total of eight distinct mintages. The first issuance in 1771 coincided with the criminalization of counterfeiting copper coinage. Through 1775 for the most part, halfpennies followed the same design as the contemporary farthings. There were slight variations on the obverse bust, such as the ribbons of the king’s laurel crown on the obverse and the sprig held by Britannia and the “∙” at the end of the legend BRITANNIA on the reverse.

For the 1799 halfpenny issuance, the only real difference was that the denomination was not included, and the date was placed on the reverse. In 1805, an interesting halfpenny pattern was struck. While the design was kept the same, Britannia was instead written as “Britanniarum” in the reverse legend.

In 1817, the government began reclaiming farthings and halfpennies dated 1797 or earlier in order to reduce the number of counterfeit copper coins in circulation. These coins were not to be redeemed by denominational value, but rather by their total weight. Additionally, the government ordered that Boulton use his new steam press to strike a total of 480 tons of pennies and a further 20 tons of two-pence coins. Prior to 1797, the largest copper denomination was the halfpenny, and these two denominations were struck only in silver.

The George III penny had two main designs and was minted in 1797 and from 1806 to 1807. The new denomination was introduced in 1797 to help combat counterfeiting. Now known as the Cartwheel type, it has a distinctively large rim and displays the Type 2 copper bust on the obverse. These, and the larger two-pence cartwheel coins, were the first regal British coins produced by a steam press.

At the same time the Cartwheel type penny was being struck, the Soho Mint was developing the largest royal coin to circulate in Great Britain.

Designed by the German engraver Conrad Küchler, the two-pence cartwheel truly was a monster. While they were actually produced for several years, all of the pieces struck were dated 1797. Like the one penny coins, these were designed to be harder to counterfeit. This worked since the main method of counterfeiting bronze coins at the time was to melt genuine pieces and then strike coins of lesser weight. These new coins were, however, valued at the weight of the metal. So a two-pence coin contained two avoirdupois ounces of copper.

This was a short-lived denomination, and besides a few restrikes in the mid-1800s by W.J. Taylor who bought the dies in 1848, no more two-pence coins would be struck until 1971, when Britain decimalized their coinage. The Royal Mint reports a total of 44,000,000 official pennies and 720,000 two-pence coins of the cartwheel variety were struck by the Soho Mint.

While not an exhaustive listing of George III’s copper coins, this piece gives a brief introduction to the four main denominations struck between 1771 and 1807.