For starters, Gamestop (NASDAQ: GME), the company whose stock started it all, is a brick-and-mortar retailer that many consumers north of 50 years of age might have only heard of when buying presents for grandchildren. Most gamers old enough to shell out their own money for the products that GameStop sells (or old enough to have ever held a part-time job there) have an overwhelmingly negative opinion of it.

A second aspect is the fact that the videogame industry has moved on.

Physical copies of videogames have become proverbial buggy whips, and videogame publishers, long frustrated with the used game business, have fully embraced digital downloads as the most efficient and profitable way to sell games and extras. This is a logical development for the industry made possible by high-bandwidth internet.

In our households, it would take less time to download a digital copy of the latest game than it would to get in a car, drive to a GameStop, subject ourselves to their pushy customer service (“No, I don’t want to buy a protection plan. No, I don’t want to sign up for a free magazine subscription. No, I don’t want to preorder than next installment of Call of Duty. Yes, I will buy that limited-edition Funko Pop…”), drive home, and install the game onto a console or PC harddrive.

No amount of investing euphoria will change these two factors.

But in the current moment, GameStop Corporation is experiencing a massive pile-on in public interest. Ten-year-old kids can make the news by making a couple of thousand dollars off of a $60 investment. Yet once the large short position dissipates, the fundamentals of the company come into play and the entire scheme will come crashing down.

The toxicity of GameStop’s public perception within its core demographic, as well as the conventional wisdom that the company’s best days are behind it, probably played a large part in several large-cap hedge funds’ decisions to short the stock in the first place. As cynical and distasteful as the Wall Street casino can be, they wagered that the stock would continue to decline in value and that the future price they would be obligated to pay for the stock to return the shares they borrowed in the first place would be lower than what they agreed to pay for it.

Depending on the execution date of those trades, the degree of wrong those bets turn out will vary from #goodgrief to #pencilsforsale.

Those unfamiliar with these forces should watch out–or, better yet, stay away.

Now, after the “Gamestonk” movie rights have been sold, and Redditors have ventured out into making plays in other poorly performing companies (like pandemic-besot AMC Theaters), the investment community is taking a look at precious metals, with silver leading the way in weekend trading.

Silver’s most recent run started on March 20, 2020, after it bottomed out at $12.59 an ounce. Silver performed well over the summer, peaking at $28.32 on August 7, and more or less held a position between $24 and $25 an ounce until the end of the year, when it experienced a week of positive gains and culminated in a $27.26 close on January 6. We wonder… what happened that day?

Over the weekend, Reddit’s silver short squeeze (likely the result of the now-closed thread “THE BIGGEST SHORT SQUEEZE IN THE WORLD $SLV 25$ TO 1000$”) drove the metal to an eight-year high of $30.35 an ounce. ETFs saw a huge influx in capital and precious metals retailers were hit with sudden skyrocketing demand.

On Sunday, January 31 at 9:51 pm, APMEX, one of the largest retailers of physical silver in the United States, sent out an email from CEO Ken Lewis to its customers that suggested that the trendline of physical silver purchases began to tick up early last week with volume at twice average demand, moving to four times the average demand by the end of the week. Then over the weekend, APMEX says, demand was greater than 12 times a normal day.

Due to this onslaught of new demand, Lewis said his company had “little choice but to stop the sale of Silver on [their] website.”

That suspension seems to be temporary, as the company is selling generic silver rounds for $36.33 – $38.89 depending on quantity and payment method.

On popular online trading site eBay, the volume of silver sales seems strong with prices around $40 an ounce being typical.

For an expert opinion on the Redditor silver play, we reached out Peter Hug, Director of Global Trading at Kitco Metals, for his thoughts on the situation.

“They succeeded in wiping out short-term inventory in small investment bars/coins. Unless they are prepared to engage in the ETF or futures market, hard to see demand push, retail investors have accomplished pushing premiums to March 2020 highs but with no inventory hard to sustain the demand push, unless they are willing to wait four to eight weeks for delivery. Big dealers are just selling 1,000 oz bars, as place-holders for now, until inventory normalizes ( when ?) and then allowing clients to swap back.

[The] macro picture remains bullish for the metals, without this event.”

Let’s take the position that Hug is correct, and that physical silver stocks are going to be in short supply from institutional sellers and that a flurry of interest in singles will push prices upward, at least for the time being (even as we write this, silver spot has bounced around but is below its weekend high). What would that mean for the silver stacker community and for the rare coin market? 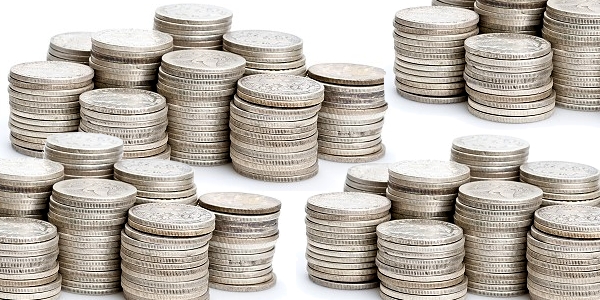 For stackers, a real temptation may be to cash in on the gains now. We don’t know how strong a temptation that will be as most stackers take a “keep on stacking” mentality, but at some point if cashing out puts you in a very favorable position, it wouldn’t be insane to trade out bars at the peak and put the proceeds into some other underperforming asset class.

For the sellers of physical, the influx of interest will likely be a short-term stress test – one that we imagine most professional sellers will pass. But this, as APMEX CEO Ken Lewis suggested, requires some real planning on the part of these companies.

The Wall Street firms that operate in paper and who have short positions are likely more heavily exposed to this disruption, but they have weathered massive market downturns before, and as a group, they have paid larger fines for their trading practices than the entire market capitalization of GameStop before their stock exploded.

In a bifurcated collector coin market, where most well-preserved classic U.S. coins are priced out of what most Americans can afford, $100 silver would have a dramatic (and probably negative) impact on the hobby. CoinWeek Coin Analyst Lou Golino said as much in this article and Charles Morgan challenged Scott Travers on this topic in this contentious episode of the CoinWeek Podcast.

If the Redditor silver play is anything like the Hunt Brothers’ run-up of silver in 1979 and 1980, we’ll learn soon enough. History has a tendency to rhyme… and we all know how that panned out.