As a dealer who works with collectors who range in experience from total beginners to full-on experts, I have a fairly good idea of what separates the masters from the wannabes. Experience, obviously, is part of the equation; but some of the best collectors I have ever seen are fairly new to the game and their skill is largely intuitive. Here are some suggestions and observations I’d like to share with you that might just make you a better collector.

1. Don’t Spread Yourself Too Thin 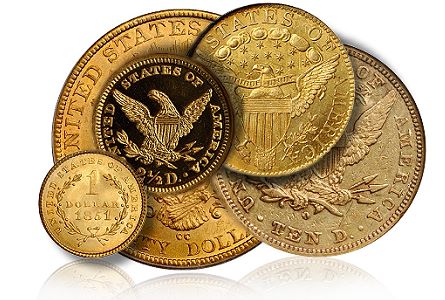 I’ve seen this happen many times before: a newbie coin collector gets bitten hard by the coin bug and becomes a collector of everything. You can’t fault a bright-eyed and bushy-tailed coin collector for being overly enthusiastic, but this is certain to be a pocketbook drain, and it is likely to result in a confusing mess of a collection. It’s likely that your first choice (or choices) of what you collect will change over time but try to reign in your “I must have it all” sentiments and replace them with a little more control. If you can’t stand the downtime between purchases, choose a secondary collection that is inexpensive (paper money, tokens, circulated Liberty Seated silver) to fulfill your compulsion to make a purchase.

2. Become A Student Of Your Series

The coin collectors who impress me the most are the ones who have become specialized in a certain series and who have studied it to the point that they are as knowledgeable about it as possible. This study can take many forms. Some coin collectors are interested in the history of the coins they collect, while others are more interested in the rarity and availability of coins. A coin collector might select a series to specialize in where there is little written and become the author of a book or a web-based guide. My take on studying a series is that for every hour you put into this, your reward is many times the effort.

3. Establish A Good Relationship With At Least One Or Two Dealers

I don’t think I’ve ever seen a really great collection that wasn’t the result of a joint effort between a coin collector and a dealer. If you collect something like Dahlonega half eagles in crusty About Uncirculated grades, or varieties of Type One Liberty Head double eagles, you just aren’t going to have access to enough good coins unless you have a solid relationship with a dealer. Sure, you can find most of the coins that you need on eBay, or bidding sight-unseen at a Heritage sale, but my guess is that when you are done you are going to have a set of coins with more problems in it as good pieces. If you collect something like modern coins you don’t really need a dealer; this is as close to being a self-service area as there is in numismatics. But if you are a new collector who thinks he can build a complex set without some help…

4. If You Are An Investor, Think Like A Coin Collector

One of the oldest Doug Winter cliches: a numismatic investor almost never makes money but a good collector often makes money in spite of themselves. Think about this for a second: coin investors inevitably buy the wrong coins at the wrong time from the wrong people. Typically, they buy high and sell low. Collectors, on the other hand, buy coins because they love them, hold them for a long period, and often see a fairly good return on their “investment” even though they weren’t buying to make money. If you are someone buying coins who has no interest in them… stop immediately. Sell what you have and switch to bullion. You’ll save yourself a headache or three when it’s time to liquidate.

5. Buy With Eye Appeal In Mind

Unless you are a specialist who has to buy a certain coin because it is so rare that he can’t pass on it, never buy coins that aren’t good looking. There are relatively few exceptions to this rule. I would still buy an ugly 1864-S half eagle as this is an in-demand issue that seldom is found at all, let alone with good eye appeal. But if we’re talking about an issue like an 1864-S double eagle (a reasonably available coin that can be found with good eye appeal if the collector is patient) it is a huge mistake to jump at a coin that is just so-so. This harkens back to #2 listed above: by learning about the coins you collect, you’ll learn which can be found nice and which are almost never seen with good eye appeal. Here’s a word to the wise: ugly coins are hard to sell unless they are very rare and even then, prepare to steel yourself to a lot of “that’s ugly but…” comments.

6. Pay Up For Quality

Another numismatic cliche: “good coins aren’t cheap and cheap coins aren’t good.” In this day and age, it is certainly possible to get fair value when you buy a coin. But with a real shortage of good to great coins in the market right now, it is very unlikely that you are going to be able to buy good coins at auction with low-ball bids or from cash-strapped dealers who have to sell the best pieces they have to pay the bills. The laws of supply and demand have become pretty simple in the coin market in the last five or so years. For every really nice coin, there tends to be multiple buyers. If you aren’t willing to step up to the plate, you will not only miss out on them, you probably won’t be offered any. I’m not implying that you grossly overpay for coins. Just consider your opportunity costs and consider if your stretch at the time of purchase will be rewarded when its time to sell. Nearly every numismatic mistake I’ve made has been the result of not trusting my first instinct. If you have to force yourself to like a coin, it is probably not the right coin for you. If, after doing your research, you think a coin is well overpriced, don’t buy it (you might make an exception for that choice 1864-S half eagle you’ve been looking for since 1998…). Another instinct to trust has to do with a potential dealer. If the guy offering you coins over the phone makes the little hairs on the back of your neck stand up, don’t deal with him.

8. Learn How To Price The Series You Collect

Most new coin collectors either dramatically under-price or overprice coins they are offered. With the online auction prices realized archives that PCGS, NGC, and Heritage offer, there is no excuse for most collectors to not have a decent idea of how to price frequently traded coins. Really rare coins, like our friend the 1864-S half eagle, are a different matter and this topic has been discussed by me in previous blogs; read them to see what my thoughts are on this topic.

Let me give you a true-life example that illustrates why patience is a numismatic virtue. I met a coin collector about a year ago who was wanting to collect early gold. I sold him a coin or two and he was hooked. He sent me coins to sell for him to raise money for another purchase. He was self-admittedly impatient and was used to collecting coins that could be found with relative ease. It took me over six months to find him the “right” coin but when I did, it was a total home run; a coin that exceeded his expectations and made him realize that his patience had been more than rewarded. If you want to collect really rare and/or really nice coins, you have to be patient, especially in this market.

When I had kidney stones two months ago, I didn’t take a crash course in how to become a urologist, I just went to the best available doctor and was treated. And it isn’t likely that you are ever going to have the time to really learn how to grade; certainly not to the point that you can tell an MS62 from an MS63. But, you can learn how to determine if a coin has real color, if the surfaces are original, if it is well-struck for the issue, if it is new or not new, etc. I used to think it was a good idea to tell coin collectors to learn to grade and now I realize that it is naive. You can learn to grade to a point but, mainly, learn how to choose coins that are in the top 5-10% for the grade.

If some of these suggestions hit home a little bit hard, don’t fret. This blog wasn’t written with any specific people in mind and these are mistakes that I have seen made by beginners and sophisticated collectors alike. If you can follow a few of these from time to time, you are likely to enjoy rare coin collecting more and to become a better long-term numismatist.