First struck in 1693, the Hearts of Potosí are fascinating numismatic rarities that still command interest even after three hundred years. Struck using metal mined from the Cerro Rico (“Rich Mountain”) in Bolivia, which was believed to have been made entirely of silver, these coins were fashioned into the Catholic symbol for the Sacred Heart of Jesus. They are asymmetrical hearts with a stylized crown of flames coming out of the top and were struck using the dies for Spanish Reales. These pieces were almost definitely struck only at the Potosí mint. Since there are no extant mint records that specifically refer to their production, it is impossible to say this with complete certainty. But it is believed that the few “heart-shaped cobs” originating from the Mexico City and Lima mints were cut down after leaving the mint and are therefore considered post-mint damage.

Normally, cob Reale coins have soft devices, and it can be quite difficult to read the legends. Cob coins are “irregular coinage” produced during the height of Spanish colonial silver production. An extremely fast procedure, bars of refined silver were chopped into “chunks of the appropriate weight” before being hammered. The dies were also equally crude. In fact, the word “Cob” is derived from the Spanish cabo, which means “clump of silver clipped off the end of the bar”. These coins are irregular, have large cracks, unusually thick planchets, and usually “only a small portion of the image on the die was impressed on the silver.”

This is not the case with Potosí Hearts. Potosí Hearts were made in a very careful fashion using royal presentation dies. These dies were “specially commissioned” for high-status presentation pieces. As such, the Hearts are distinguished by their high quality and sharp devices.

Another feature that can be used to prove that the Hearts were officially produced by the mint is their weight. Most Potosí Hearts are the full standard weight for their denomination despite mint officials cutting down the blanks. Non-authentic examples cut from genuine coins will be significantly underweight since “such mutilation removes significant amounts” of the metal.

To allow for the weight loss, authentic Hearts were struck on oversized planchets. These large blanks also enabled the moneyers to precisely center the design, so that all relevant information (mint mark, year, and denomination) can be identified.

The last tool for authenticating Potosí Hearts is the die alignment. Seemingly in order to facilitate the Hearts’ use as religious ex-votos and pendants, the dies were aligned “straight-up-and-down orientation on both sides” in line with the crowning flame. It is also thought that the holes found on most examples were created before the Hearts left the mint.

Due to their cultural importance and rarity, many “contrived hearts”, or cobs cut after leaving the mint, exist. These coins are simply defaced cobs with significant post-mint damage and hold little to no collector value.

Authentic types were almost certainly meant as personal ex-votos, and not for general circulation. The term “ex-voto” is a derivation of the Latin phrase ex voto suscepto which translates as “from the vow made.” They are traditional Catholic votive offerings left by worshipers in churches or worn as a memento of faith. Many historical ex-votos in the Spanish American colonies took the form of the Sacred Heart of Jesus. Barring theft, there is no evidence of any Potosí Hearts in any church archives or collections.

Also, as “almost every confirmed Heart has been holed,” it has even been suggested that this occurred at the mint. This may disprove the theory of the Hearts being used as ex-votos, or it could simply point to their use as personal mementos to be worn around the neck. 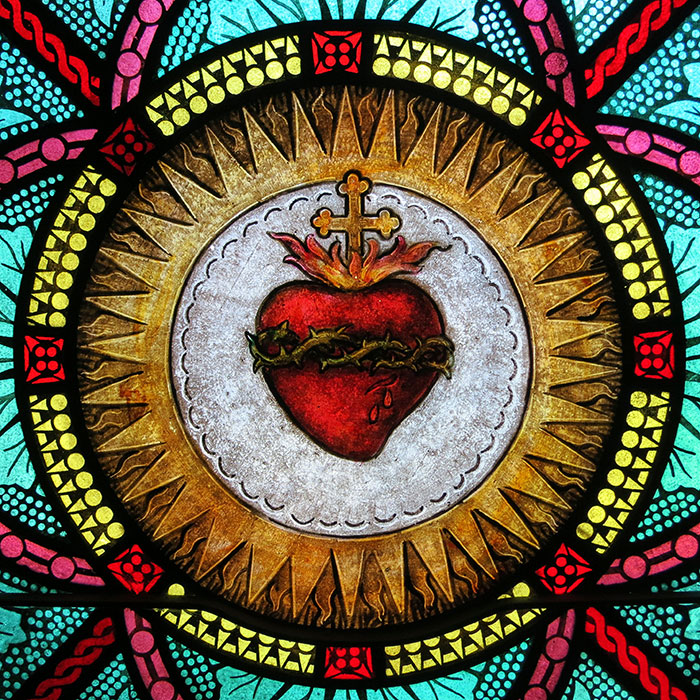 This theory is also bolstered by the contemporary gilding applied to some pieces. As early as the 11th and 12th centuries, these hearts became common in European Catholicism. Margaret Mary Alacoque, a Visitandine nun from Burgundy, was thought to have seen recurring visions of Jesus and his flaming heart until her death in 1690. Shortly afterward, the devotion to the Sacred Heart of Jesus spread to the New World.

Initially, the mint only struck the 1, 2, and 4 Reale types. It wasn’t until 1702 that the 8 Reale type was struck at Potosí. This may have been as a result of Philip V’s ascension to the throne since the king was “one of the biggest followers of the Sacred Heart of Jesus.”

Many of the Hearts have extensive provenances, with some even stretching back into the 1800s. It is rare that such pieces come to auction, and if one does, the Heart is sure to attract serious attention.

Happy collecting and beware of counterfeits!