Last October I wrote about the coinage of the tiny island nation of Tuvalu. I was curious how one of the smallest nations on Earth–an island barely above sea level in the middle of the Pacific Ocean–somehow manages to produce an unexpectedly large number of Not Intended for Circulation (NIFC) coins.

Ultimately, Tuvalu’s story offered an enlightening look at the economic forces that drive the modern hobby. It might be a niche market in the United States, but coin collecting and the global demand for products marketed directly to coin collectors is strong enough that some nations depend on it for a significant amount of income.

And a quick search for modern special issues reveals that Tuvalu is far from alone.

So today I wanted to talk about the island nation of Niue (NEW-ay) and the 2015 Lincoln Memorial one-ounce silver bullion coin.

Like Tuvalu, Palau, the Cook Islands and other coin-happy island nations, we all know (generally) that they’re located in the Pacific Ocean. And we’ve seen the coins, so the portrait of Queen Elizabeth II must mean they have some kind of relationship with the British Commonwealth. Australia and New Zealand—two major members of the Commonwealth–are conveniently found in the region so the more observant among us can probably deduce that Niue, Tuvalu, Palau, etc., aren’t too far away. 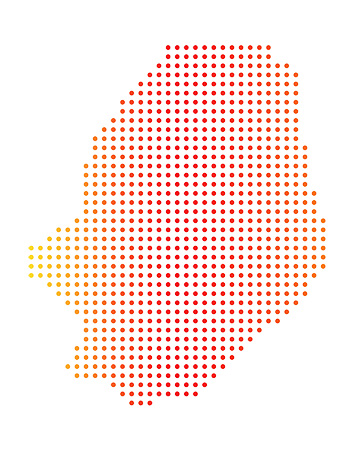 If you drew a line from New Zealand to Hawaii, Niue would be slightly less than halfway there. In fact, Niueans are citizens of New Zealand, with the majority of Niueans living there instead of on the island. The relationships between many smaller countries and their former colonial masters are fascinating, and Niue is no exception.

Niue isn’t terribly famous outside of its coins. Captain Cook was the first European to see the island in 1774, but Niue was just one of many “discoveries” for the good Captain. However, he did give it the glorious name of “Savage Island”–possibly an insult to the ethnically Samoan and Tongan natives but awesome to the average 10-year-old American boy.

The Niuean economy is similar to Tuvalu’s, which might explain why Niue also makes NIFC coins for the collectors’ market. Money sent home from workers in New Zealand and elsewhere is a large source of income. Much of the economy is government-controlled but attempts are being made to develop the private sector. Fishing is key, as is the cultivation of taro. Tourism is almost as vital. Aid from New Zealand is important.

And yes, much like Tuvalu, Niue has also made its mark in the Digital Age. In 2003, Niue became the first nation in the world to offer free wi-fi to all of its inhabitants, and it continues to increase its investment in digital technologies to this day.

All About the Coins

Niuean coins tend to follow what might be best described as a “photorealistic” aesthetic, which is a fancy way of saying that they look like photographs. Not all of them, of course; some feature layers of superimposed photorealistic images. But in general, the composition and placement of design elements makes me think that the engraver was working from a photo model.

It’s actually a useful exercise to compare Niuean coin design with its American counterpart. Crack open Krause’s Standard Catalog of World Coins: 1901-2000 (I’ve got mine in my lap right now) and skim through the section on Niue. I see three different approaches at work.

One approach appears to be “copy American coins”. The best example is KM #17, the 1988 NZ$5 copper-nickel coin commemorating the 25th anniversary of the death of JFK. At a glance, it looks an awful lot like the Frank Gasparro Kennedy half dollar. KM #84 features a close-up of the Statue of Liberty’s face on the reverse, a startlingly familiar design. 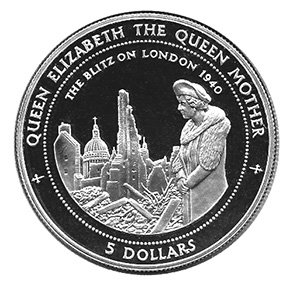 There are others – the 1997 Battle of London $5 silver coin reverse, the 1998 Silver Wedding $5 silver reverse, and the 1991 Olympic Games $10 silver reverse. While they don’t mimic specific coins directly, they do look similar to contemporaneous U.S. Mint products–think Mercanti or Jones with fewer inscriptions.

A second approach seems to be analogous to a 20th-century “World Coin” aesthetic. The central design is presented as a two-dimensional object, with little to nothing in the background to add the illusion of depth. KMs #113, 68, 80, 59 and 63 are fair examples.

The third approach, and seemingly the predominant one, is the photorealism that I mentioned earlier. The central motif appears etched and engraved from a photograph, giving Niuean coins a casually-impressive dynamism and depth of field. This is the approach seen on the 2015 Lincoln memorial commemorative, but several other excellent pieces abound. Check out the design for the reverse of KM #67, the 1989 Seoul Olympic Games NZ$5 clad commemorative featuring tennis legend Steffi Graf. It’s a design that shows up on a few more coins, and for good reason. The circle around the rim serves as a great framing device for such a cinematic scene.

Or look at KM #70, the 1992 Luna 9 Moon Landing $10 silver commemorative. Quite a different style from the 1989 Seoul commemorative but still within the bounds of a photorealistic approach. Obviously, there was no camera sitting at an objective perspective outside the spacecraft (was there?), but the same aesthetic rules apply. The fact that the coin appears modeled from an imaginary photograph makes the art of the coin that much clearer.

Which brings me to the 2015 Lincoln Memorial commemorative. It’s one of the most impressive designs under the photorealistic approach, with Lincoln’s body bursting out of the frame. Perspective-wise, the viewer (yes, viewer) is placed somewhere below the colossal statue, looking up at Lincoln–as would be the case if you actually visited the memorial in Washington, D.C.–but somehow the coin gives the illusion of standing at an equal footing with the great man himself.

Designed by Ohio-based American artist Michael Glass (who also designed the Tuvalu Buffalo), it consists of one troy ounce of .999 fine silver. Legal tender in Niue, the Lincoln Memorial coin was minted by PAMP Suisse on a commission from SilverTowne, an American coin firm. Only 5,000 will ever be minted.

I can only wonder what would happen should the U.S. Mint ever limit a collector coin’s mintage so drastically.

But that, and learning about one more country whose economy has come to depend on “non-traditional” sources of income, makes me even more curious: if we’re really seeing Adam Smith’s “Invisible Hand” at work, what does it mean that so much innovation is happening outside the United States?

The U.S. might be the Yankees, and that’s not changing anytime soon, but places like Tuvalu and Niue are the Nationals.

They’re gonna have a great season.