Bicentennial quarters are still doing their job, nearly a half-century after their issue in 1975 and 1976. Introduced alongside redesigned half dollars and dollar coins to mark the 200th anniversary of the signing of the Declaration of Independence, the quarters were struck in the largest quantities of the three. A slightly larger mintage and a couple of notable varieties distinguish the Denver Mint issues from their Philadelphia counterparts. Both were struck in large enough quantities that consumers still encounter the coins in circulation.

In the early 1970s, the nation prepared to mark its bicentennial. The American Revolution Bicentennial Commission’s Coins and Medals Advisory Panel, formed in 1970, recommended new designs for all denominations and one commemorative coin, an approach opposed by the Treasury Department. Mint Director Mary Brooks articulated the Treasury’s opposition before the Commission; according to her testimony, commemorative coins “do not serve as a medium of exchange, are not readily available and recognizable to the public, invade the production capacities of the Mint and… have been the subject of hoarding and profiteering. In short, commemorative coins tend to defeat the purpose of the coinage system.”

Collectors pushed for not only a full redesign of circulating coinage but multiple dedicated non-circulating commemorative coins, including a gold issue. In November 1972, Treasury officials agreed to add the date 1776 to 1976’s coinage but would not change the coinage in any way to commemorate the Bicentennial. Congress ultimately took a middle path. According to a July 8, 1979, New York Times numismatic column by Ed Reiter, “It was only at the prodding of key hobby leaders, and interested members of Congress, that the quarter was also included.”

On October 18, 1973 – two days before the “Saturday Night Massacre” of the Watergate saga – President Richard M. Nixon signed a bill, S. 1141, that became Public Law 93-127, which authorized changes to the designs and inscriptions of the quarter, the half dollar, and the dollar. New designs “emblematic of the Bicentennial of the American Revolution” would be accompanied by a double date, 1776-1976, on the three largest denominations struck by the United States Mint in the mid-1970s. The law was amended on December 26, 1974 to allow for the minting of silver-clad Bicentennial coinage.

No 1975-dated quarters would be struck.

The Treasury announced a design competition that began on October 23, 1973. A panel of five judges appointed by the National Sculpture Society judged a nationwide design competition, with winners receiving $5,000. The Treasury announced the new designs on March 7, 1974, with Mint Director Mary Brooks appearing on the Today show to spread the word.

The first trial strikes were struck at the Philadelphia Mint on August 12, 1974, at 11:00 AM by Mary Brooks and the artists who created the three Bicentennial designs. Jack L. Ahr’s design for the quarter, which features a colonial drummer and what the U.S. Mint’s website describes as a “victory torch” surrounded by 13 five-pointed stars, was selected for the quarter.

Production continued through the end of 1976.

The dual-dated quarters were released with a public ceremony in Chicago at 12:30 PM on August 18, 1975. Ahr, as well as the designers of the Bicentennial reverses of the dollar and the half dollar, were invited; Ahr lived in Arlington Heights, a Chicago suburb, at the time. Director Brooks shared her feelings about the quarter in the press release announcing the release: “The quarter, in particular, has a most romantic history. It gets me thinking of swashbuckling pirates, chests full of Spanish ‘pieces of eight’ and the colorful expression ‘two bits.’”

Bicentennial quarters were struck for circulation at both the Philadelphia and Denver Mint facilities in such quantities that examples of both 1976 (P) and 1976-D can still be found fairly easily in circulation; most people do not bother to save them when they appear in change. The Denver Mint struck 860,118,839 1776-1976 quarters in 1975 and 1976.

Fully-struck 1976-D Washington quarters are not common; the issue often has weakness on the drum’s top rim and clasp. According to a CoinWeek article by Charles Morgan and Hubert Walker, 1976 and 1976-D quarters are often “not fully struck,” especially on the drum – though most of the Bicentennial quarters are “attractive and well-made coins.” The article concludes by saying that “finding a blazingly nice coin that’s free of scratches and bag marks PLUS a full drum is a special coin, indeed.” Q. David Bowers’ Guide Book of Washington Quarters does not have much to say about the 1976-D issue, though it notes that the issue is “Common in Mint State, although gems are in the minority.”

Varieties of 1976-D Washington quarters were reported around the time of the coins’ release. A September 26, 1976, Chicago Tribune column reported on a variety with significant doubling visible on “LIBERTY”.

A 2019 Heritage Auctions listing described the FS-101 as “easily the most significant die variety of the Bicentennial type.”

Lightly- to heavily-circulated examples can still be found in circulation with some searching, so there is really no premium for such coins. Certified examples in higher uncirculated grades command some premium, depending on numerical grade. Auction results from the last decade suggest that MS-66 examples generally sell for between $10 and $40, MS-67 examples between $30 and $100. The handful of quarters that earn an MS-68 grade sell for thousands; an example graded by PCGS sold in a Legend auction for $5,170 in January 2018. 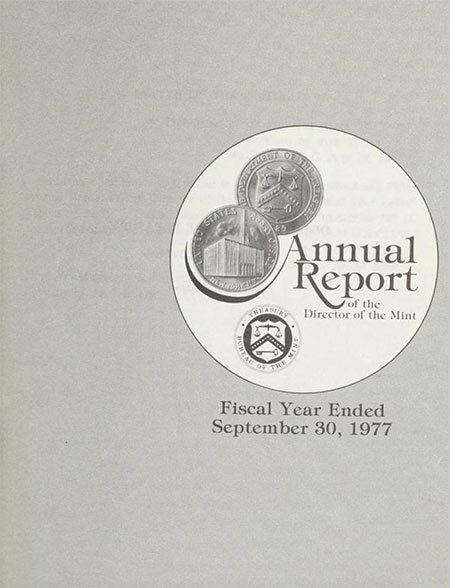 1976’s bicentennial coinage was, at least according to the Mint, successful. A September 11, 1976, Mint press release pointed out that “citizens are acquiring circulating versions of the nation’s new Bicentennial coins at record rates”, citing the high U.S. public demand. The release also quoted Director Brooks; whatever her (and/or the Treasury’s) reservations about the commemorative coinage, she said “The popularity of the coins is a tribute to the nation… It confirms that Americans have great pride in their country and its heritage.”

A 1977 Mint press release pointed out that “During the past 3 years, the Mint’s major numismatic programs have almost doubled in number.” Brooks is again quoted, saying that the volume of numismatic products sold “represents numismatic history at the Mint.”

Not all reviews were so glowing. Ed Reiter’s July 8, 1979, New York Times story, which was titled “Bicentennial Hangover”, summarized the hobby’s reaction to the Bicentennial coin program, “a coinage saga that has gotten, at best, mixed reviews from the nation’s hobbyists.” According to Reiter’s article, the designs “were received with less than universal acclaim” and the Mint was having difficulty selling surplus Uncirculated sets, as well as silver-clad Uncirculated and Proof sets.

Circulating quarters commemorating the United States’ bicentennial are still doing their job, 46 years after their release. Ahr’s design and the unusual double date are curiosities to many consumers, who sometimes set them aside, occasionally disappointed to learn that they haven’t stumbled upon a priceless rarity. Outnumbering their Philadelphia siblings by a little more than 50 million, 1976-D Washington quarters are affordable in almost every grade, though experienced collectors might seek out elusive fully-struck examples and might have to pay a little more than usual for such examples, especially if the desired coin is graded MS-68. Variety hunters have a couple of major DDO varieties to consider, and the occasional major error does come up for auction. John Flanagan’s obverse design features a left-facing portrait of George Washington based on the Jean-Antoine Houdon bust of 1786. LIBERTY wraps around the top of the coin, above Washington’s hair. The dual date “1976-1976” wraps around the bottom, below Washington’s bust truncation. To the left of Washington is the national motto IN GOD WE TRUST; to the right is the mint mark “D”.

Jack Ahr’s colonial drummer occupies most of the reverse, with a small “victory torch” surrounded by 13 five-pointed stars on the left. The legend UNITED STATES OF AMERICA wraps clockwise around the top half of the quarter, while cradled counterclockwise at the bottom is the denomination QUARTER DOLLAR. The motto E PLURIBUS UNUM is crammed between the torch and the drummer’s right arm.